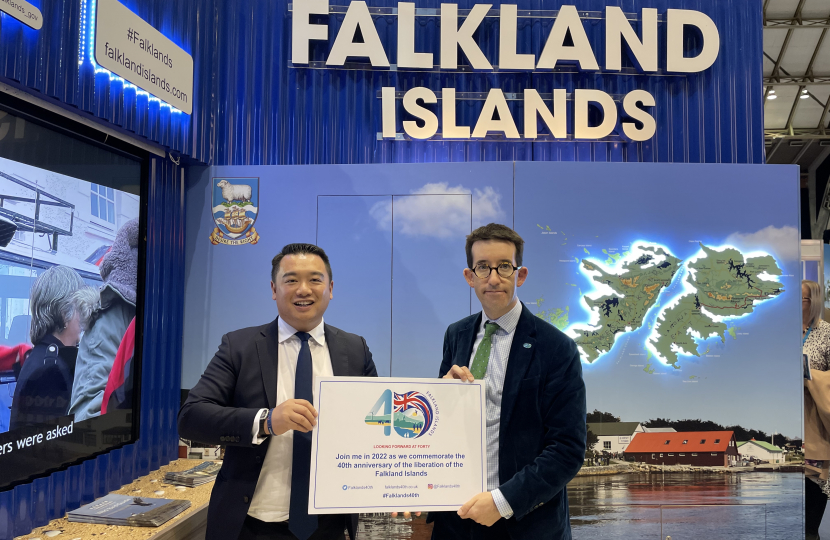 This year marks the 40th Anniversary of the Liberation of the Falkland Islands by British Forces. To recognise the service and sacrifice of our servicemen and women, I am organising a Parade through central Havant on Sunday 19 June 2022 from 3PM. Further details are below.

To mark the 40th anniversary of the Liberation of the Falkland Islands, I want to pay tribute to the service and sacrifice of Havant Constituency residents who were involved in the conflict.

That’s why I’m organising a Parade through central Havant followed by a wreath laying. The Parade will include members of the South Atlantic Medal Association, local veterans of the Falklands Liberation, the Royal British Legion, and local community and military organisations. I have also secured the attendance of a Member of the Falkland Islands Legislative Assembly, their Parliament.

Having visited the Falklands myself, I know Islanders are grateful for the support they received from the Havant Constituency in 1982 and ever since.

Let me know you're coming

Registration is not needed, but it helps with planning if you are able to let me know that you’re coming by completing this form: www.AlanMak.org.uk/Contact