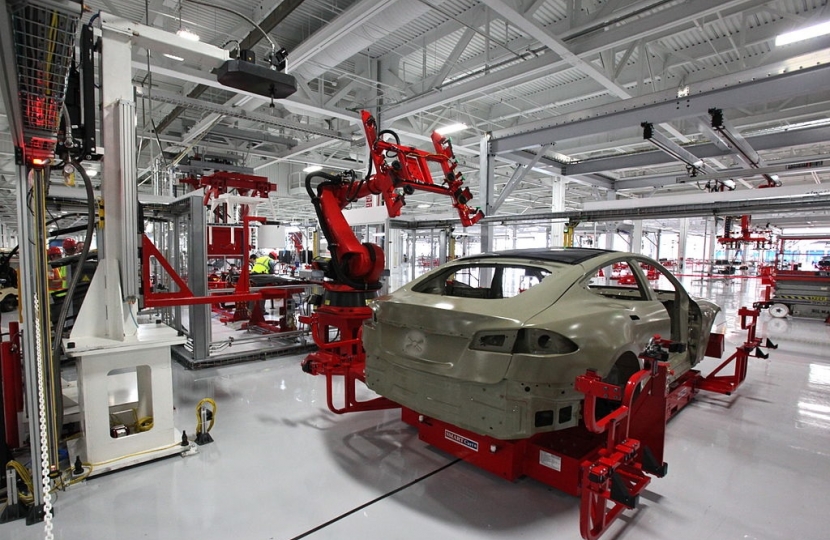 This article was first published in The Times on Monday 16 October, click here to see the original version

Robots may not be coming to take your job, but artificial intelligence is definitely going to change how you do it. Driverless cars will transform your experience of getting to work, and personalised medicines will keep you healthier while you do it. A new wave of technological change is transforming societies around the world. This is the Fourth Industrial Revolution (4IR).

Its impact will cause profound disruption to the global economy, becoming the defining issue of the next ten years, just as the financial crisis has shaped the past decade. These emerging technologies have huge potential for economic growth, with one recent study indicating that UK GDP could be about 10 per cent higher in 2030 as a result of artificial intelligence. However, the Bank of England also warns that millions of jobs will be transformed by automation across all sectors.

This change will be the field on which politicians and pundits engage in the next great debate about the value of free markets, a human-centred society and the future of capitalism. That is why policymakers right across the political spectrum, and around the world, must commit to putting the 4IR at the top of the political agenda in a way that transcends party politics.

With one of the world’s most successful digital economies and a vibrant scientific community, Britain is well placed to benefit from the 4IR. The World Economic Forum opened its first 4IR centre in San Francisco earlier this year, bringing together scientists, civil society and policymakers to advance our understanding of the 4IR and prepare us for the changes it will bring. Britain should demonstrate similar leadership.

The reactive nature of politics and the rapid pace of technological change means that governments sometimes struggle to keep pace with innovation and its implications. At Westminster, the all-party parliamentary group on the 4IR, at which we will both speak today, is finally changing that. By connecting politicians with innovators, this group will focus Westminster’s energy on getting to grips with the legal, ethical and economic questions that new technologies pose.

For us both, understanding how countries such as Britain can master the 4IR — leading it, not being shaped by it — is the central economic, social and political question of our time. We only succeed if we are bold enough to put it at the heart of our discourse: centre stage, not backstage.