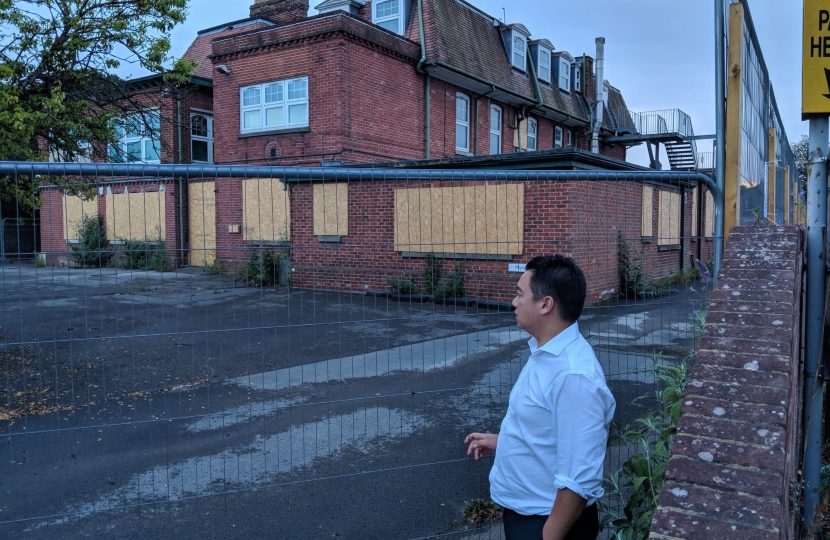 Local MP Alan Mak has called on the NHS to take the Emsworth Victoria Cottage Hospital (EVCH) off the market for sale until a final decision is made on the location for the town’s new surgery.

Currently, doctors are in negotiations over a site at Redlands Grange, north of the town centre. However, they have confirmed that they are now willing to reconsider the EVCH as the location for the surgery and look again at the possibility of moving there if they can agree a financial deal that works for all parties.

Following discussions with both the doctors and community group representatives, Alan wrote to the South Eastern Hampshire Clinical Commissioning Group (CCG) and NHS Property Services calling on them to act.

The local MP raised concerns about the process of how the CCG came to declare the site as surplus to medical requirements in the first place, without the new surgery location finalised. That decision allowed NHS Property Services to take forward the process of selling the site.

Alan said: “I’ve devoted much time and energy since I found out without prior notice that the Emsworth Victoria Cottage Hospital was being placed on the market for sale. The South Eastern Hampshire CCG acted too hastily in declaring this site as surplus to medical requirements and there is a real danger that unless this decision is reversed Emsworth could be without a location for a new surgery. NHS Property Services must take the EVCH off the market to allow for that process to conclude, and all marketing materials need to be removed immediately.”

The call for action is in line with the draft Havant Borough Council Local Plan, which states that the EVCH is reserved as the site for a new surgery if the Redlands Grange move does not go ahead.

Alan added he hoped to discuss plans for future use of the site at a roundtable meeting he is organising and hosting in September.

He said: “All of the relevant stakeholders, including the community representatives, doctors, NHS and CCG have agreed to come to my meeting where I hope we can have pragmatic discussions on the future of the EVCH.”