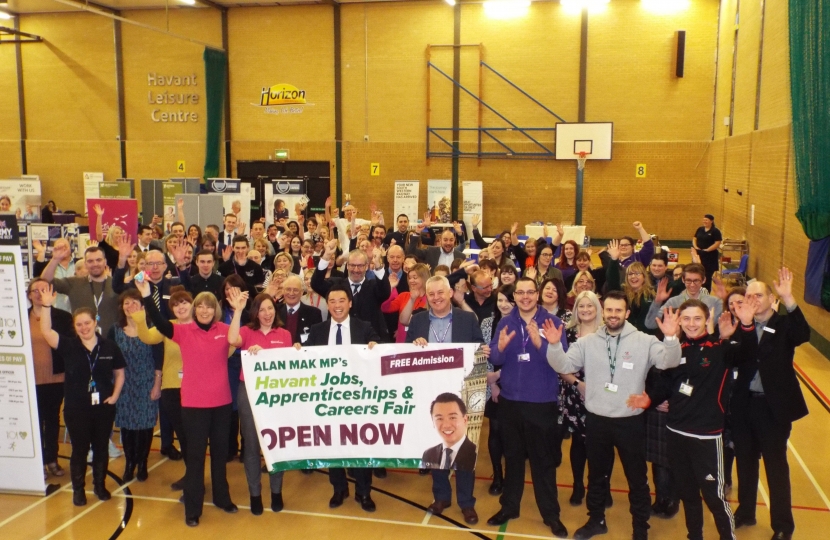 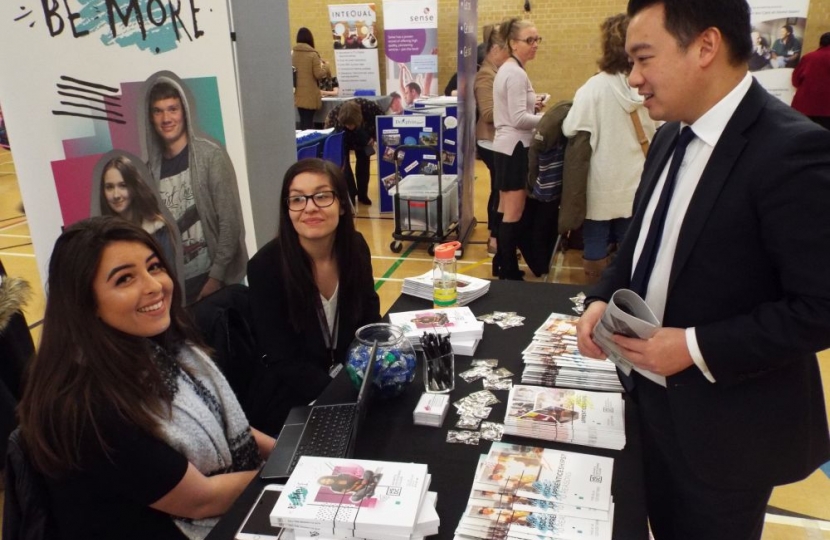 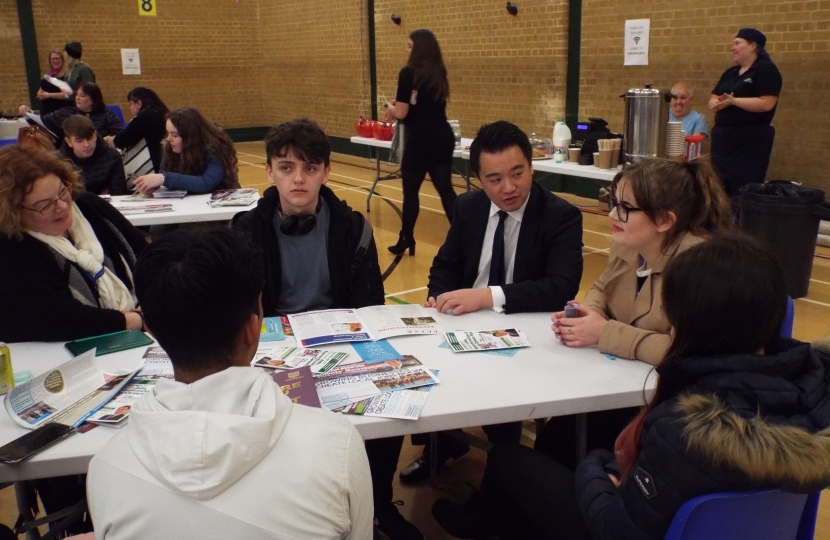 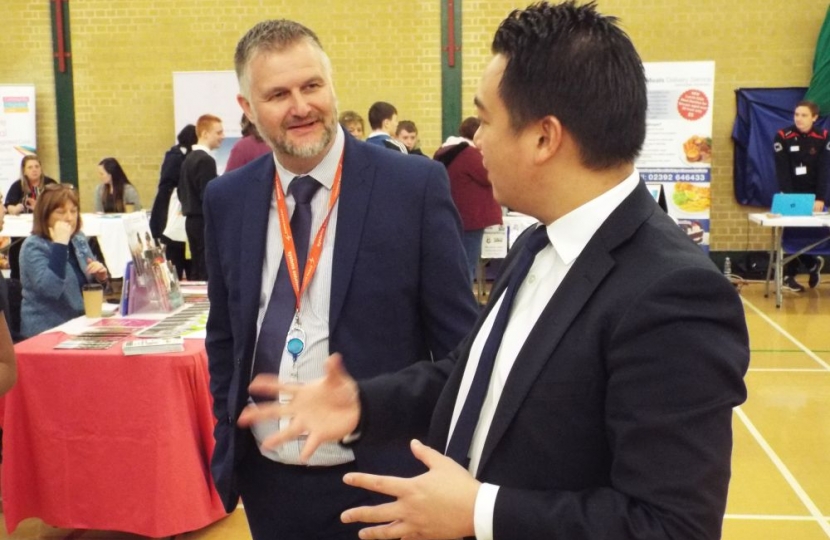 There was a record breaking number of jobs on offer as thousands of people flocked to Havant Leisure Centre on Friday for Alan Mak’s third Havant Jobs, Apprenticeships and Careers Fair.

Organised by local MP Alan Mak, the event is Havant’s largest ever jobs fair, with an estimated 2,000 people coming on the day.

More than 50 local organisations, businesses and entrepreneurs from across the area hosted stands at the fair, offering over 500 job and apprenticeship opportunities.

Mr Mak said he organised the fair for the third year running in order to help boost the local economy, as well as helping more local families back into work.

He said: “My top priority as local MP is a strong economy and helping local residents, so I was delighted this year’s Jobs Fair was our biggest yet. We had a really diverse range of employers offering hundreds of jobs as well as specialist workshops on CV skills and interview techniques run by the National Careers Service.

“That means more jobs for local people and it has been fantastic to showcase all the jobs on offer. Thank you to our wonderful local businesses, and our generous sponsors whose hard work and enthusiasm made the day so rewarding. We’ve already had news of hires being made!"

Aside for the job hunters, a number of local schools attended the event, and many students took the opportunity to find out more about apprenticeships and careers at local firms.

Howard Broad Chief Executive of Horizon Leisure Centres said: “We are really pleased to host and support Alan’s Jobs, apprenticeships and careers fair again. It has been a very busy event with over 50 employers and hundreds of job-seekers attending. This is such a worthwhile event for the local community and we are glad to be able to play our part.”

Andrew Mason from Lockheed Martin said: “We’re delighted to sponsor Alan’s Jobs Fair, and it’s been great to engage with the local community. We’ve had some really good conversations about apprenticeships and it was really worthwhile event to attend.”

Ina Allum from Community First said: “Alan’s Jobs Fair has been a fantastic event, well attended and well organised.  I’ve had lots of visitors to the Positive Pathways stand, including jobseekers, parents and other organisations looking for volunteers or who some of our customers may be able to find work with in the future,  and some will be contacting us to join our supported volunteer program.  It has been great to have it at the Leisure centre which is so central.”

The fair is one of three major community events run by Mr Mak, who confirmed that the popular Havant Small Buiness Awards and Older Persons Information Fair will return later this year. Online nominations for the Small Business Awards are open and can be found at alanmak.org.uk/nominate

Mr Mak was recognised as new MP of the Year for 2017/2018 in recognition of his successful community events.