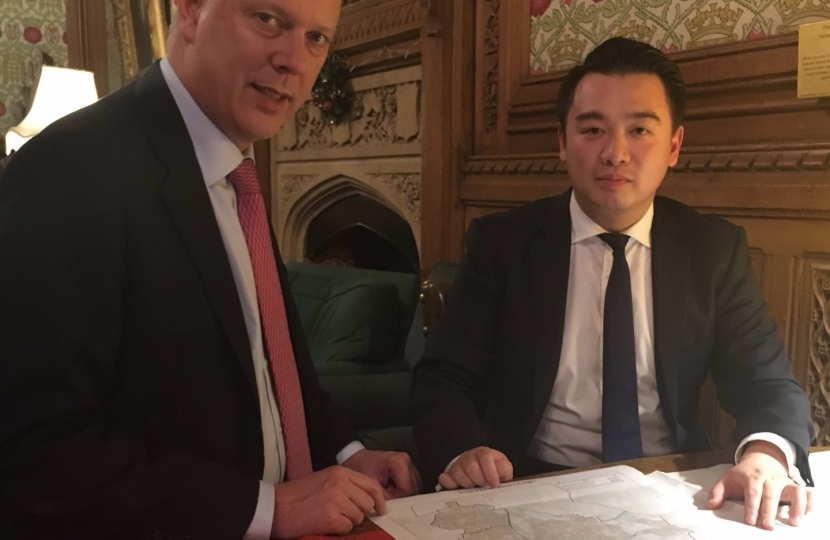 The strike action by trade unions on Southern Rail services running through Havant and the south east have been condemned as “needless” by Havant MP Alan Mak, who has urged the ASLEF union leadership to call off the strikes as negotiations resume.

The Conservative MP says residents have had enough of the “unnecessary strikes” which have disrupted commuters’ working lives. Mr Mak met Transport Secretary Chris Grayling in the House of Commons on Tuesday to pass on the concerns of Havant residents, and joined Mr Grayling in calling on the trade unions to end their strike.

The 48-hour strike which began on Tuesday has brought the Southern network to a standstill and Mr Mak has described it as “deeply unfair” on the passengers who are left unable to go about their daily lives.

The dispute is over plans to introduce modern trains with doors operated by drivers rather than guards, which have been declared safe by the rail regulator and are in use on other parts of the network. Southern has already confirmed it plans no job losses, and will protect pay for guards moving into a new role as onboard supervisors.

Southern Rail run trains across the south coast which connect Havant, Bedhampton, Emsworth and Warblington to Brighton and Southampton, with Mr Mak saying he has been in regular contact with constituents impacted by the long-running dispute, and liaising with the Transport Department in Westminster.

He has now demanded that ASLEF – and the RMT union - call off their strikes, and use the offer of from Transport Secretary Chris Grayling for immediate talks to resolve their dispute by accept the introduction of modern trains.

Mr Mak said: “These irresponsible trade unions are causing travel chaos for thousands of passengers by continuing this needless strike action. ASLEF and the RMT have to accept the implementation of new technology, which will improve efficiency and service for commuters. Driver-only operated trains are in use on a third of the rail network already, and have been proved to be completely safe.”

He added: “I’ve met Transport Secretary Chris Grayling in Westminster to share the concerns of Havant’s residents, businesses and commuters, and I back his call for the unions to get their members back to work. We cannot let out-of-touch union bosses stand in the way of a modern rail network whilst disrupting commuters’ lives.”