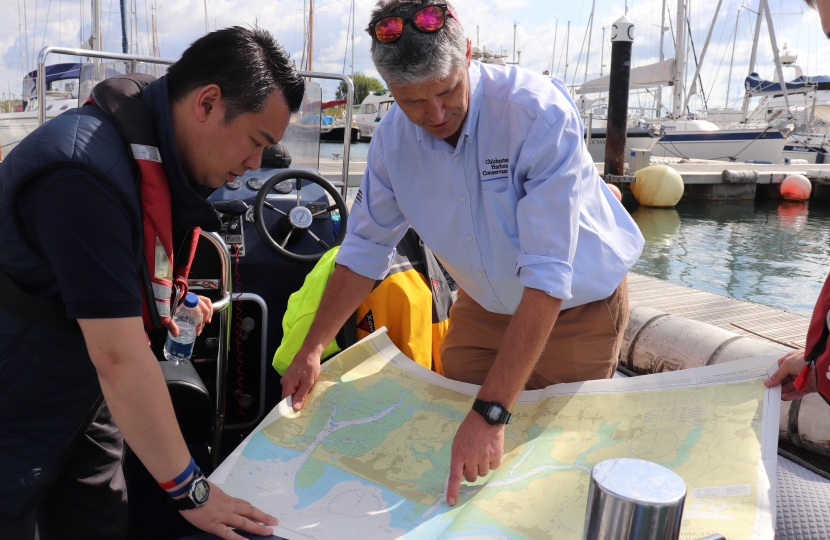 The Havant Constituency MP has played a leading role in the national campaign to improve our coastal harbours and bathing waters. That included supporting the objectives of the Sewage (Inland Waters) Private Members Bill brought forward by Philip Dunne MP earlier this year.

Now Alan’s campaigning work in Westminster has been successful as the Government has confirmed it will turn into law several key policies that will make our rivers and harbours cleaner. The new legislation will create three key duties to deliver some of the changes needed to improve our water environment:

This builds on the work already underway by the Storm Overflows Taskforce, set up in September 2020 to bring together government, the water industry, regulators and environmental NGOs to accelerate progress in this area.

Locally, Alan has been keeping up the pressure on Southern Water and is in the coming months launching a new regional forum. This will bring together key invited stakeholders from across our region to work with Southern Water to improve local water quality. This new forum will build on the work already achieved by Mr Mak’s Hayling Island Environment Forum.

The commitment by Southern Water follows the announcement of the Government’s Storm Overflows Taskforce – made up of Defra, the Environment Agency, Ofwat, Consumer Council for Water, Blueprint for Water and Water UK – which agreed to set a long-term goal of eliminating discharges from storm overflows.

Mr Mak said: “Having campaigned on this issue locally for many years, and campaigned alongside Philip Dunne MP in Parliament for a reduction in the use of storm overflows through the Sewage (Inland) Waters Bill, I am delighted that the Government is bringing forward this new legislation. These new laws will give further protection for users of Langstone Harbour and Chichester Harbour all-year round.

“Now the Government has made this announcement, I will continue to put pressure on Southern Water to improve performance and publish their plan to end the use of storm overflows. I’m also proposing a new Regional Forum to work with them to improve our local water quality.”

“This step is one of many – but an important one nonetheless – to provide greater protection for our water environment and the wildlife that relies on it.”