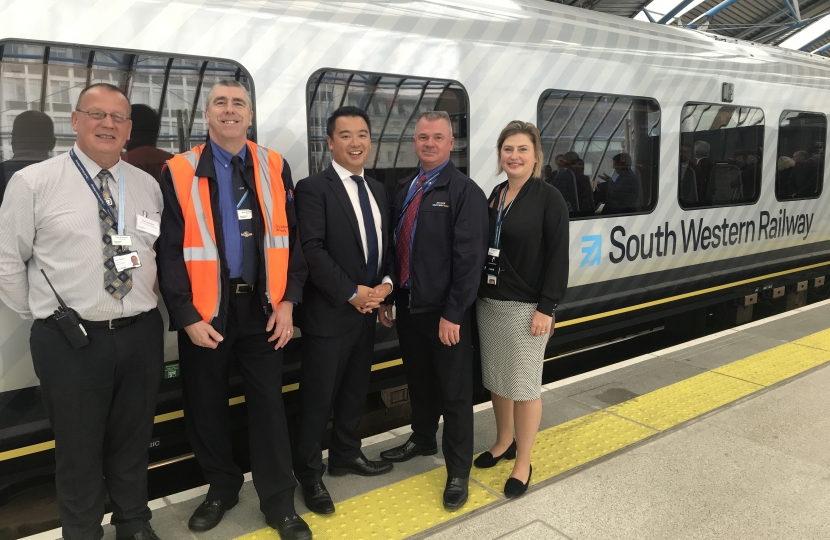 The new programme offers tickets that work for any 8 days within a 28 day period. Flexible season tickets fill a gap between day passes and season passes, especially important for new ways of working as we recover from Coronavirus.

The virtual tickets will not need to be selected in advance of departure. Instead, passengers can simply tap smartcards or scan their mobiles.

Mr Mak has been campaigning for flexible rail season tickets since 2016, arguing that Havant can expand itself as a commuter base to London, Portsmouth and Southampton through more flexible commuting options.

In addition to the flexible tickets, the National Rail has updated its ‘season ticket calculator’ to help passengers find the deal that best suits their needs.

The new schemes are going to be taken forward by the newly created Great British Railways. The new organisation will absorb Network Rail while simplifying and improving British railways in the largest overhaul in 25 years.

Local MP Alan Mak said: “As a commuter myself, I know the big difference these flexible train tickets will make in helping residents fit their work around their lives. They will give local residents more options to live in the Havant Constituency and commute to major cities, and also make a real financial savings”.

“Having campaigned in Westminster, including lobbying Government Ministers for five years, I am delighted this change is finally taking place.”