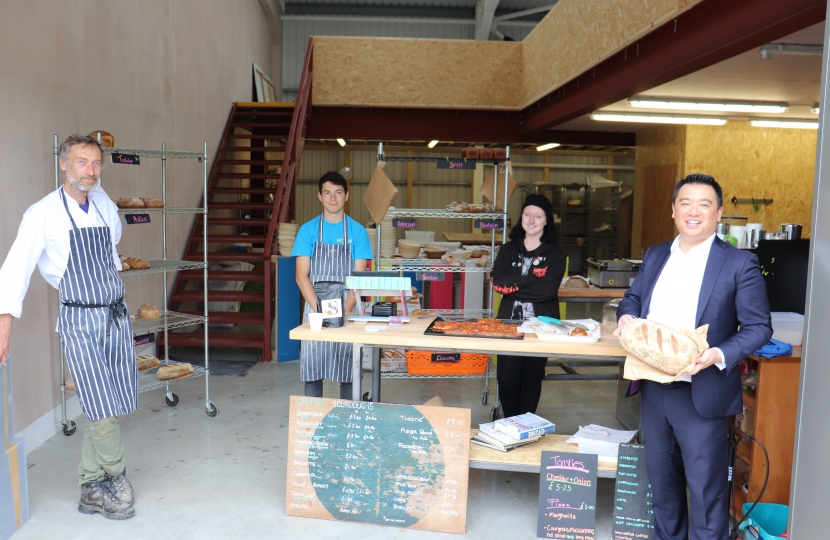 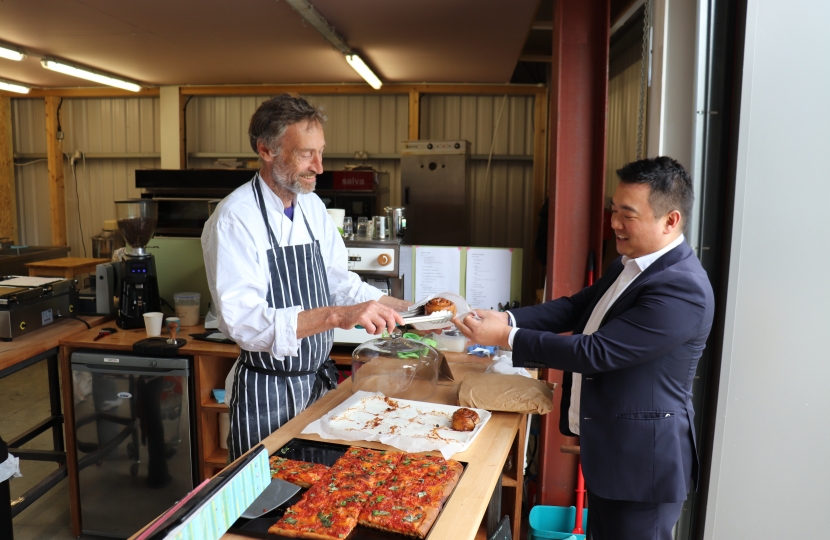 Local MP Alan Mak has visited the latest addition to Hampshire’s culinary scene, as he met artisan baker John Townshend and his apprentices at Loco Loaf, a new artisan bakery based on Hayling Island.

Having honed his skills in London’s Kennington, John has relocated to Hayling Island where he now serves up sweet treats and organic sourdough bread to tourists and locals alike.

On a tour of the brand-new facility, Alan bought some of Loco Loaf’s artisan products and discussed the growing opportunities for new businesses on Hayling Island.

Alan also had the opportunity to meet John’s two young apprentices. Both local Hayling Islanders and taking advantage of the Government’s apprenticeship scheme to gain first-hand experience of crafting artisan loaves and pastries - skills in high demand at bakeries and high-end restaurants.

Mr Mak said: “I am delighted that businesses are recognising the opportunities available on Hayling Island. It’s a strong endorsement of our local amenities and the welcoming nature of the Island’s community. With Loco Loaf and other high-quality producers in the region, Hayling Island will soon be as well known for its food as its fantastic beaches”.

Mr Townshend spoke about what had drawn him to Hayling Island: “We were keen to relocate our bakery to a rural setting and when we saw Hayling Island, it was love at first sight. I am thrilled to now be open to the public and to be able to employ local people right from the start”

Loco Loaf can be found at the Furniss Business Park near West Town, Hayling Island.