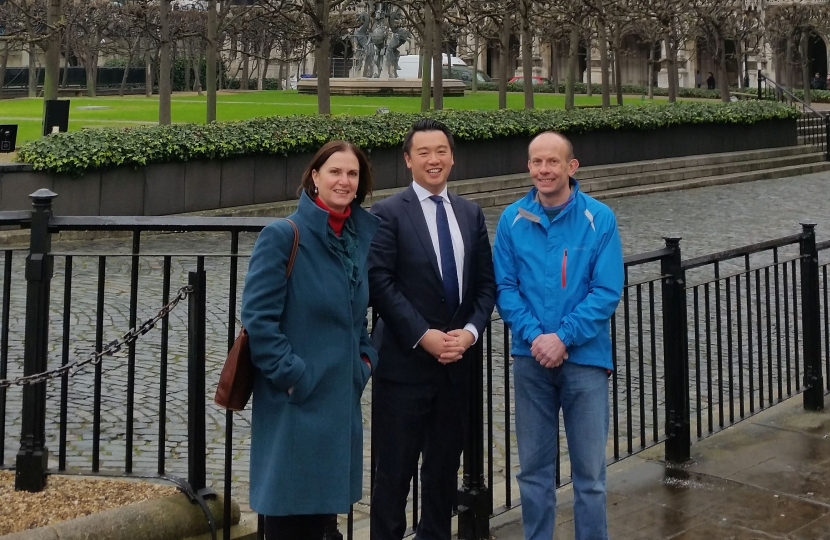 Chris Woollacott and his wife Julie were able to watch the weekly questioning of Prime Minister Theresa May after asking Mr Mak for tickets. Each MP is allocated a small number of tickets every couple of months.

PMQs is the highlight of the Parliamentary week, with the highest television audience and a packed Commons Chamber and public gallery.

Mr Mak said: “Prime Minister’s Questions is the biggest political event of the week and a must-watch for anyone interested in politics. It was a pleasure to arrange for Chris and Julie to come to Parliament. I want more residents to visit Westminster to watch the proceedings so that politics is closer to the people the system serves. Anyone wishing to come should get in touch with my office. I was delighted that Chris and Julie enjoyed their day in Parliament and I look forward to meeting more residents in Westminster.”

As well as meeting constituents in Parliament, Mr Mak has also given tours to a number of local schools, colleges and community groups.

Chris said: “It was great to be shown around Parliament and to watch Prime Minister’s Questions. We had a really enjoyable day and thank you to Alan for offering us the tickets.”

Anyone wishing to request tickets for Prime Minister’s Questions should email alan.mak.mp@parliament.uk to join the waiting  list. Demand is high, and will be allocated on a first-come first-served basis.