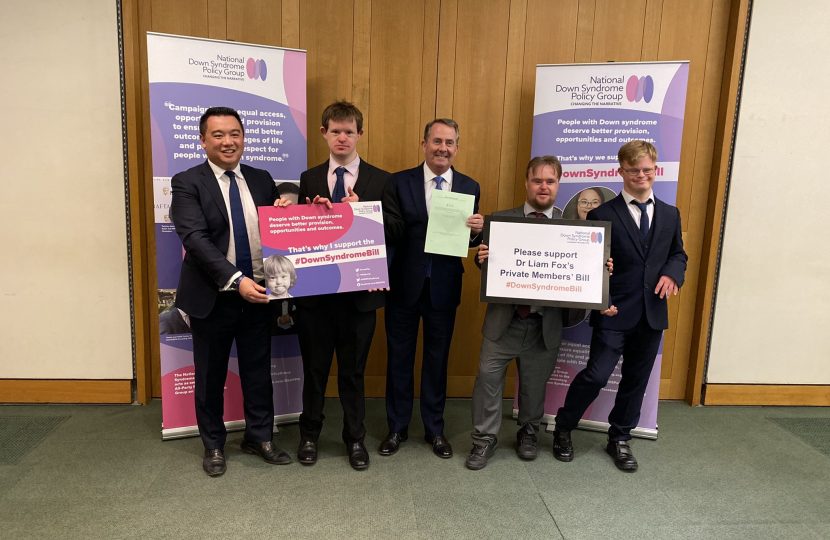 Local MP Alan Mak has welcomed the news that the Down Syndrome Bill has now passed through both Houses of Parliament and has become law.

The Down Syndrome Bill was introduced as Dr Liam Fox’s Private Member’s Bill. The historic and ground-breaking Bill is the first of its kind anywhere in the world.

Alan Mak MP supported the Bill during its passage through Parliament, and has welcomed it becoming law.

Local MP Alan Mak said: “I supported the Down Syndrome Bill from day one, and I’m delighted it has become law. It will improve the lives of around 41,000 people in the UK who live with Down Syndrome including those in the Havant Constituency by giving them the facilities and provision they need to achieve the best in life, as well as de-stigmatising the condition with a re-education programme.”