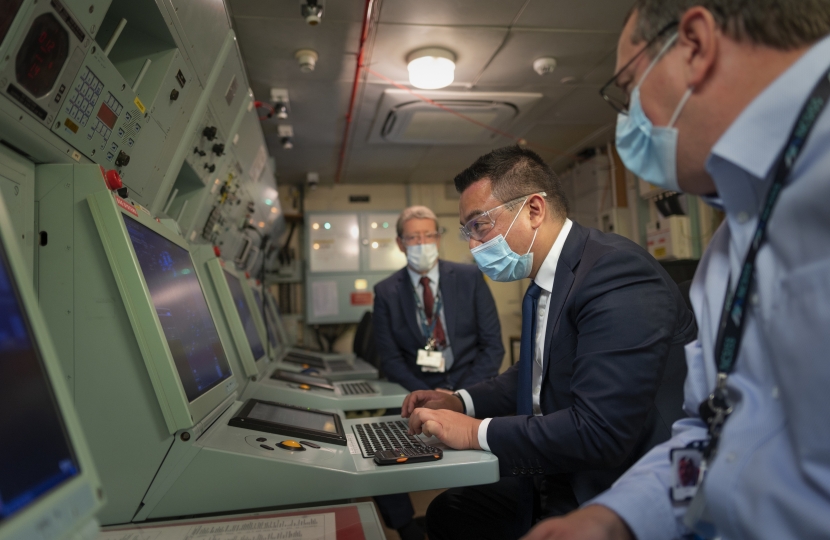 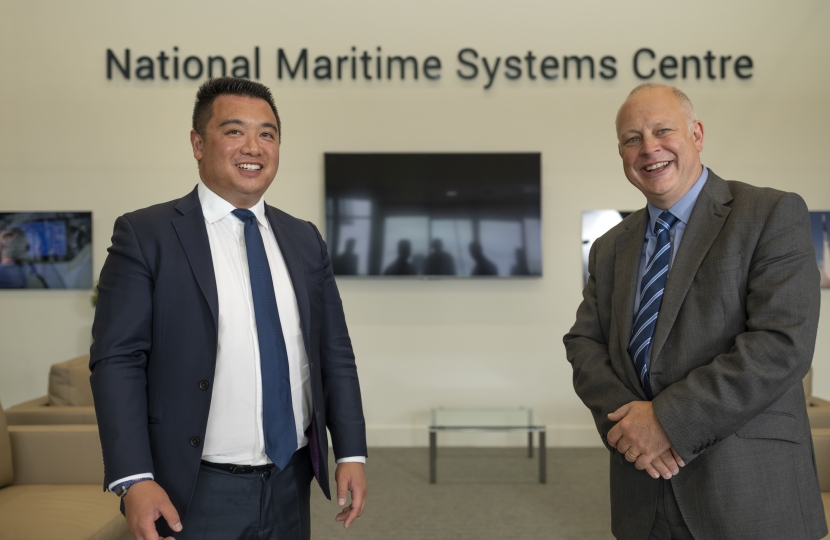 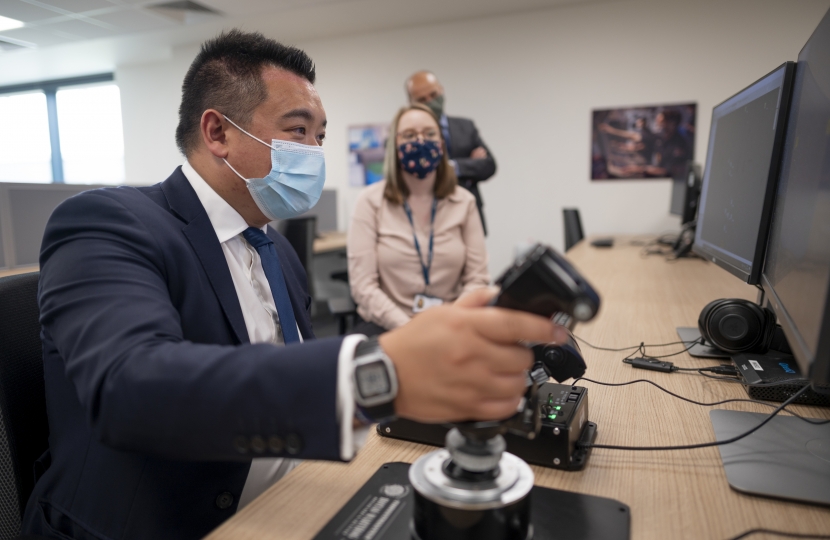 Local MP Alan Mak has thanked national security workers based in the area during a visit to the National Maritime Systems Centre. Located on Portsdown Hill, the Centre is run by MoD contractor QinetiQ, which develops advanced combat and communications technology for the armed forces and intelligence services.

On a tour of the facility, Mr Mak was shown the work being done to improve the effectiveness of the Royal Navy’s fleet, including testing and evaluation of Type 45 destroyers and assisting in the development of the new Type 26 Frigate. He also saw the facility’s role in the testing of vital naval systems on dry land, such as sensors and navigation equipment keeping our servicemen and women safe at sea.

During his visit Mr Mak also discussed the role of QinetiQ in boosting local employment with highly skilled jobs, as well as the potential for future growth in the area. He also heard of plans to support innovative local businesses through the Solent Enterprise Partnership and met with young graduate engineers forging careers in the defence sector.

Mr Mak said “Local people working at QinetiQ play a crucial role in defending our national security, and we are all proud of their work much of which they can never talk about. QinetiQ also provides highly-skilled jobs for local people and I was delighted to hear over 60 people from Havant work at their Portsdown Hill facility. Its fantastic to see the National Maritime Systems Centre flourishing, which is great news for local jobs and employment.”

He added: “QinetiQ engineers play a hugely important role in making sure the Royal Navy has the very best technology, which directly contributes to our national security and our influence in world. They work incredibly hard behind the scenes, and I want to pay tribute both to them and their achievements”

Havant resident and Maritime Programmes Director at the Centre, Stewart Hyder said: “I was delighted by Alan Mak’s visit and I’m so pleased to have the accomplishments of the men and women who work here recognised. It is thanks to them that the Royal Navy is able to deploy world class technology to protect our national security interests.”