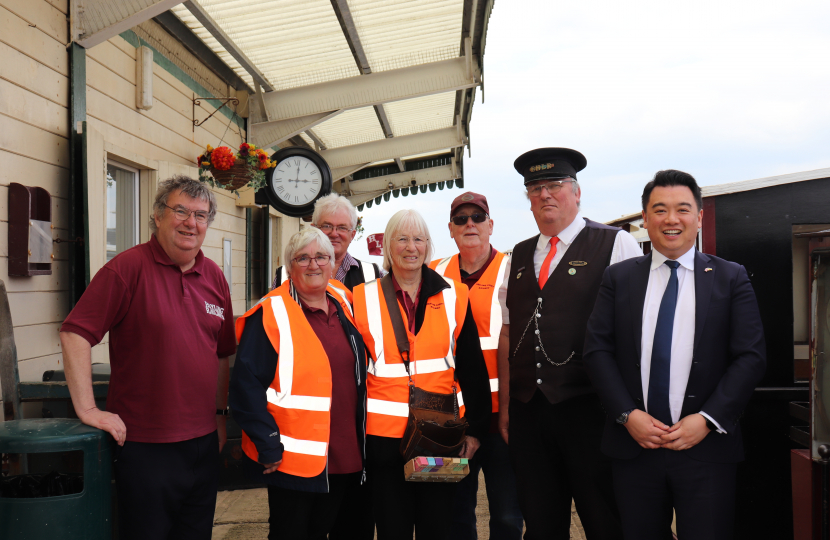 The Hayling Light Railway has been running for nearly 20 years and was recently purchased by a new Trust Company who formed a Charity after the retirement of Bob Haddock, the line’s owner and creator.

The mile long narrow gauge railway, which has operated since 2003, takes locals and tourists from its depot at Eastoke Corner to funfair at Beachlands and back again.

The railway is currently appealing for additional volunteers with some free time to join up and help with the running of the service.

Local MP Alan Mak said: “Thank you to Cliff, Ian and Malcolm for welcoming me to the Hayling Light Railway. It is a fantastic local attraction that has been running for nearly 2 decades. They are looking for new volunteers, so any Islanders or others from the area who have some spare some time should contact them.”

Cliff Robinson, Project Manager at the Hayling Light Railway Trust, said: “Thank you to Alan Mak MP for coming to visit us. The Railway is run by volunteers but needs local support to keep running. If residents would like the Light Railway to continue to operate for all concerned, they need to use it, help it, and develop it. Please get in touch if you think you can help!”