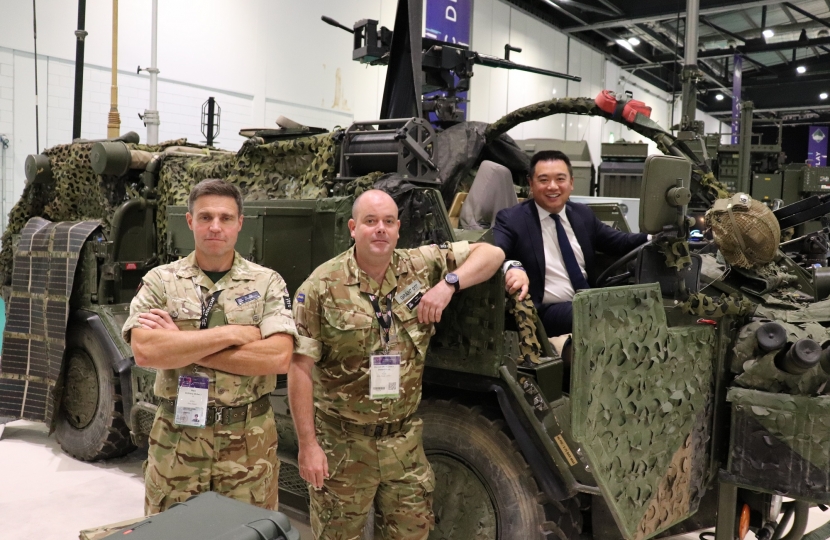 DSEI, which is the world’s largest gathering of the defence and security community, connects sector leaders, Armed Forces and the Government. It is especially important for the Havant and Solent region with the Defence sector employing thousands of local people - providing jobs and investment.

While at the event, Mr Mak met with Lockheed Martin, which employs over 500 people at it’s main UK base in Havant and is the manufacturer of the new F-35 fighter jet on board the Royal Navy's new Queen Elizabeth aircraft carrier. Mr Mak was able to meet with Havant site lead Emlyn Taylor who confirmed the firm’s continued commitment to its Havant operation.

He also met with many members of our Armed Forces including from the British Army and the Royal Navy and met officials from QinetiQ, which are based on Portsdown Hill, who showcased their new high-tech robots.

Mr Mak said: “Our area has a long history of being at the cutting edge of producing the latest technology that will become the next generation of equipment used by our Armed Forces.

“We can rightly be proud of the efforts made by everyone in the Havant Constituency working in the defence sector and I’m pleased that our local defence businesses are continuing to invest and grow for the future.”

Picture 2: Alan meets with members from our Armed Forces community