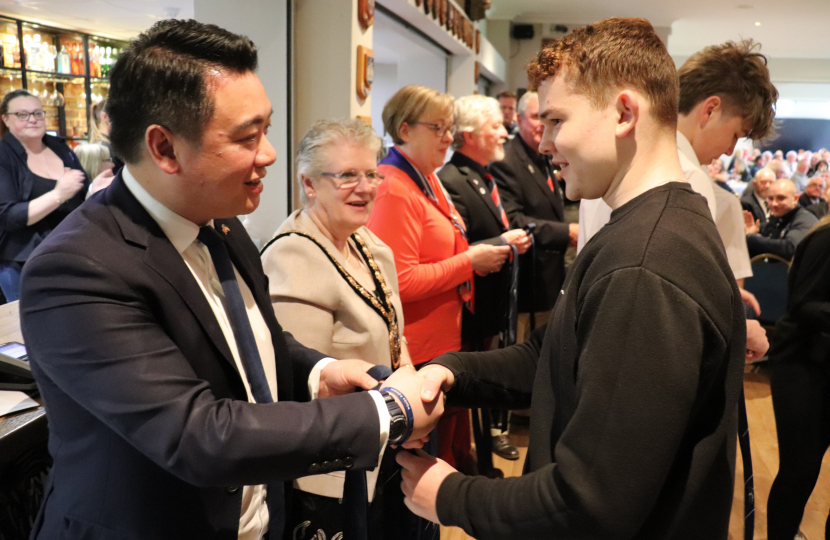 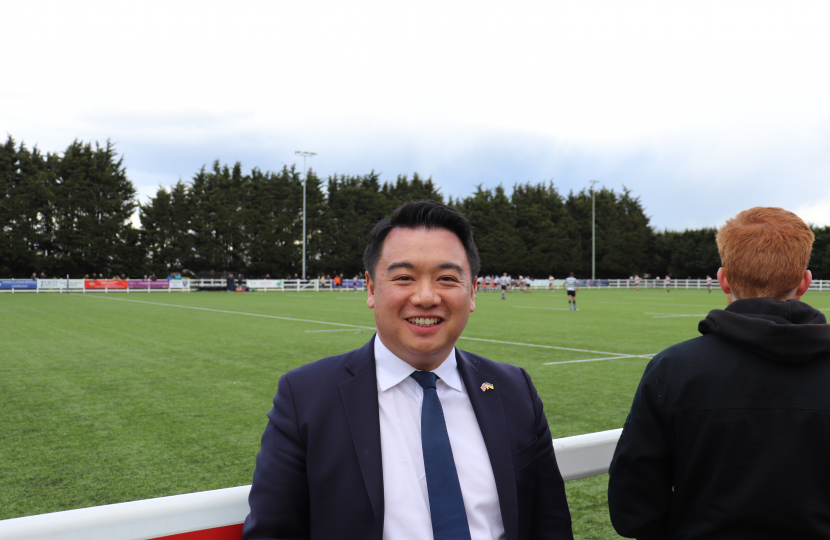 Local MP Alan Mak has continued to show his support for Havant Rugby Club in his capacity as Honorary Vice President and attended this year’s President’s Lunch.

At the event, Mr Mak reiterated his tribute to the late Nigel Campkin, the former President of the Club, and offered his condolences in person to Club supporters.

Mr Mak also took part in a short ceremony in which youth players at the Club were awarded ties.

The game ended in a 36-6 score, continuing a streak of 6 consecutive wins for Havant RFC in the London and Southeast Premier Division. The team finished the season ranked 5th of out of 14 teams.

Local MP Alan Mak said: “I’m proud to be Vice President of Havant Rugby Football Club and to attend their President’s Lunch again – the first event since the pandemic ended. I enjoyed helping to present ties to youth players at the Club. This was the first Lunch without Nigel Campkin, and I join all Club supporters in mourning his loss and reflecting on the fantastic service he gave to the Club.”