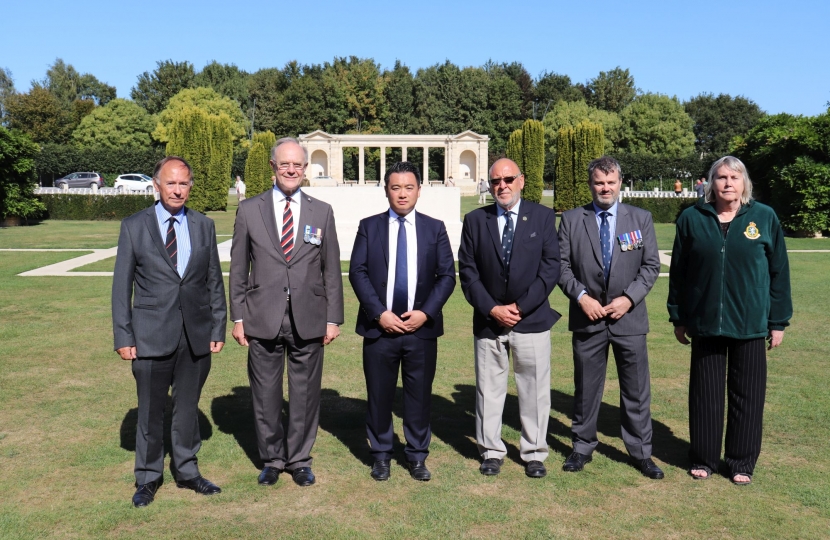 Nationwide events will mark the 75th anniversaries of VE and VJ Day, on the 8th May and 15th August respectively. Veterans from the Second World War, both military and civilian, are being asked to register to be part of the nation’s commemorations.

Veterans can be of British, Commonwealth or Allied origin and all costs for their attendance will be met by The Royal British Legion and its partners.

VE Day, Friday 8 May, has been designated by the Government as a Bank Holiday, with licensing hours extended to enable to allow as many residents as possible to take part in the national celebrations.

Some of those events include street parties, a Nation’s Toast to the Heroes of WW2 and Ringing Out for Peace in churches and cathedrals across the country.

Mr Mak is encouraging as many local people as possible to sign-up to host local celebrations but also hopes that anyone that served in the Second World War can come forward to be recognised for the part they played to liberate Europe.

He said: “I have enormous respect for the entire Second World War generation, from those serving on the frontline to the civilians at home. It is only right that in this 75th Anniversary year we mark our gratitude to the enormous sacrifices, made at home and abroad, by people all over Britain to free the world from fascism.

“This will be a brilliant opportunity to celebrate the arrival of peace in Europe, just as we did with the joyful celebrations that marked VE Day and VJ Day 75 years ago. As part of the celebrations, I would like to see as many Union and St George’s Flags flying across the constituency as possible and I’m still giving away free flags to residents as part of my Fly the Flag campaign.”

If you would like either a Union Flag or a St. George's Flag contact Alan by email at Alan.Mak.MP@Parliament.UK stating your full name, address and postcode. Please visit AlanMak.org.uk/Flag for more information.

Further information for veterans to sign-up for the national commemorations can be found here https://www.britishlegion.org.uk/get-involved/remembrance/remembrance-events

Picture: Alan with local military veterans in Normandy for 75th Anniversary of D-Day