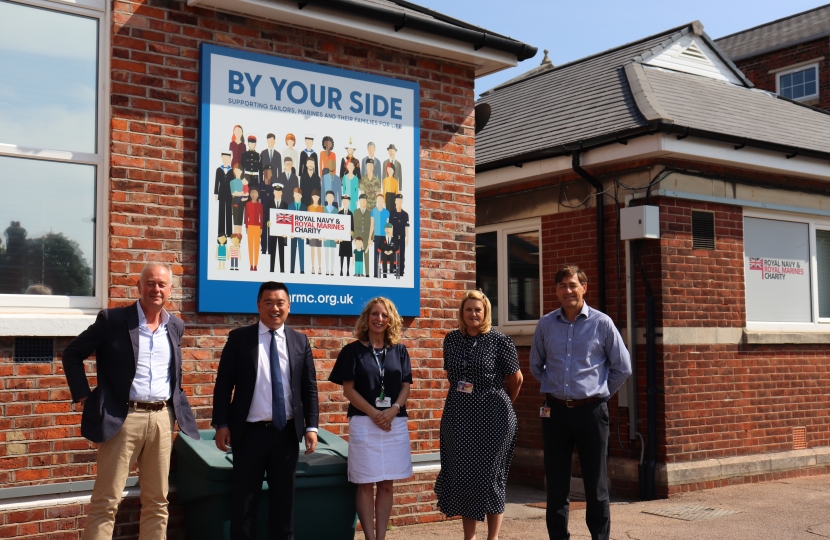 Local MP Alan Mak has visited two local Royal Naval charities to raise awareness of their work which he praised as inspirational.

Alan visited the Sailors Airmen and Families Association (SSAFA) and the Royal Navy and Royal Marines Charity (RNRMC) to meet staff and find out more about the work they do to support active service personnel and local veterans.

RNRMC funds projects and facilities that act as morale boosters for servicemen and women, as well as smaller charities that care for children, families and veterans of the Royal Navy and Royal Marines. SSAFA focuses on welfare and works to safeguard veterans and serving personnel by ensuring their needs are met in an appropriate and timely way.

The Havant Constituency is home to a large number of servicemen and women, some of whom are supported by these charities. Mr Mak praised their vital work on his visit. He visited SSAFA’s office in central Havant and the Royal Navy and Royal Marines Charity at Whale Island, home of the Royal Navy’s Headquarters.

Local MP Alan Mak said: “I was delighted to find out more about the work that these two inspirational charities are doing to support service families in the Havant Constituency. They do fantastic work all year round helping our veterans and serving personnel. I have been a strong voice for our veterans and serving personnel in Parliament since I was elected in 2015, and I will continue to make their voices heard in Government.”