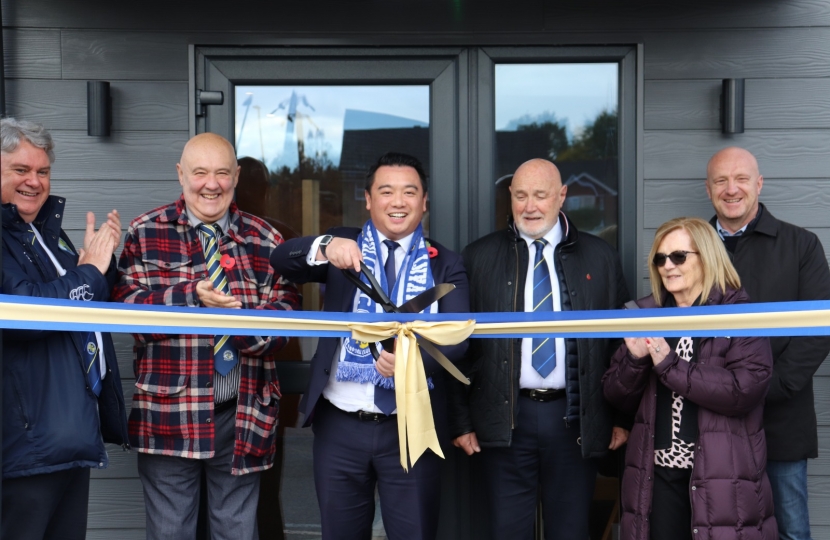 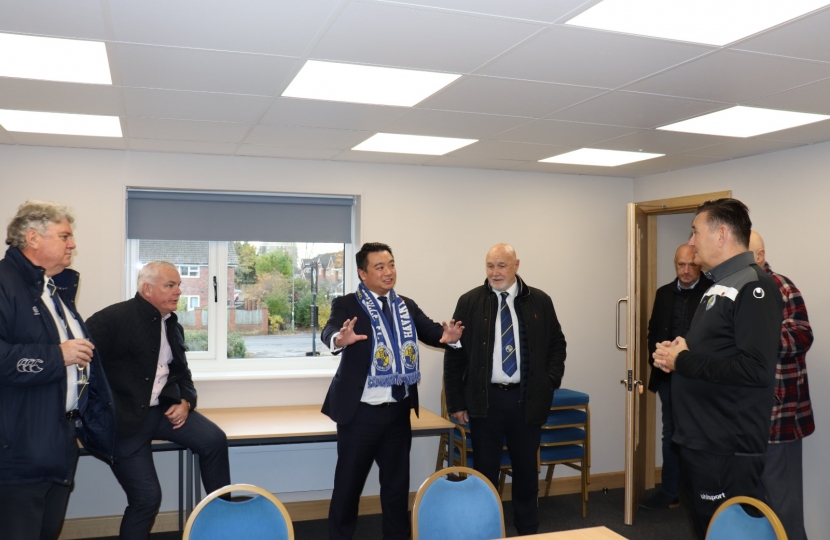 The new building has benefitted from a £275,000 investment. 70% of this, about £200,000, comes from Football Foundation, who in turn received funding from the Department of Culture, Media and Sport.

The facility features office spaces for staff, a new kitchen, store rooms for the Club’s merchandise shop, as well as 2 large classrooms which will be used to teach youngsters under the Hawks’ Pro:Direct academy English and Maths during the week. On matchdays, these facilities can be converted to provide hospitality to guests.

Local MP Alan Mak said: “As a Hawks fan and Vice President of Havant & Waterlooville Football Club, I was delighted to open their new Community Hub building today in West Leigh. The Hub will provide office space, hospitality, Academy classrooms for local young people and a club shop! It's a fantastic new asset for our community”.

Club Chairman Derek Pope described the new building as the ‘focal point’ of the club, with it’s central position. Tickets will also be sold out of the front booth, with a pilot trial being run the day of the opening.

Mr Pope said: “I want to thank Vice President Alan Mak for coming today to open this fantastic new facility. We are really excited about how this new facility will enable us to train and educate more young people who are struggling in education. We want this new facility to be their first port of call. The football foundation have given us the grant towards the new building, and we’re very happy to have received this funding.”

Further information the Hawks’ academy programme can be found here.