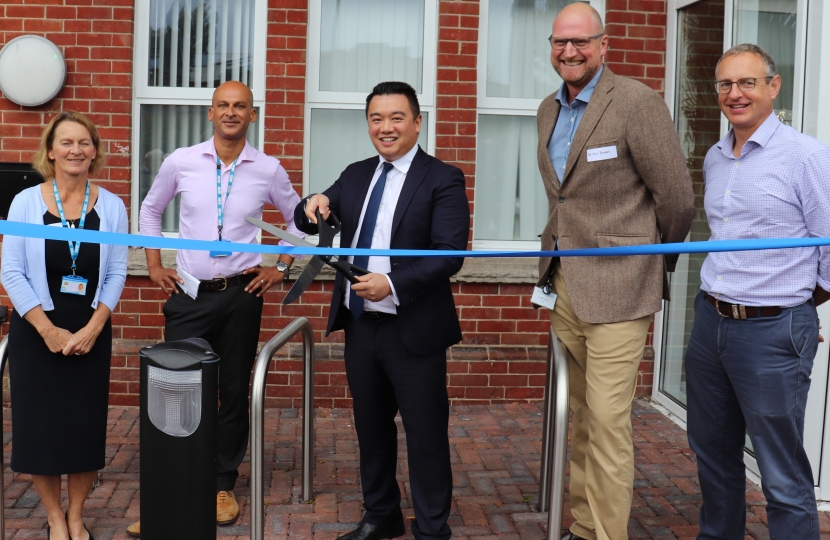 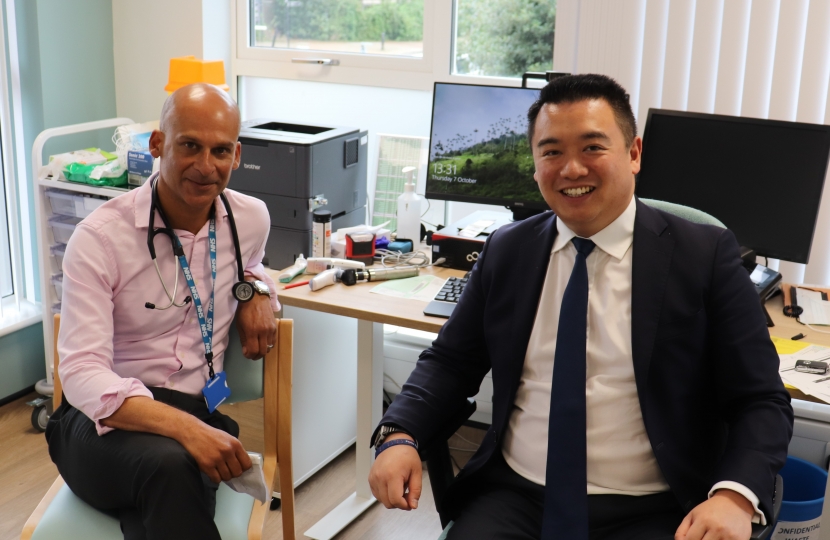 The new surgery building has been built on the site of the former Emsworth Victoria College Hospital in the centre of the town. Alan secured £3.5million of Government funding from NHS England that has resulted in a new, well-equipped facility for local residents. The opening of the new surgery building represents the successful conclusion of a 6-year campaign led by Alan.

Alan Mak MP said: “After working to deliver Emsworth’s new GP surgery since 2015 alongside the local community and healthcare partners, I’m delighted Government funding has now enabled the new medical centre to open. Our new surgery will be a great asset for the local community providing excellent healthcare for local residents in an easily accessible location”.

The opening comes after NHS Property Services put the Emsworth Victoria College Hospital for sale in 2018, after they deemed the site to be surplus to requirements for medical use. Alan intervened to stop the sale, enabling it to be used for the new GP surgery. He has worked closely with the surgery’s GPs and community groups to deliver the new surgery since then.

Senior GP partner at Emsworth Medical Practice Dr. Abu Chinwala thanked Alan for his work and said: “Thank you to Alan for his input over 6 years and for helping to steer this massive project through many hurdles. This a great day for Emsworth to officially open this fantastic facility.”

The new building has been funded by the Government through an Estates, Technology and Transformation fund grant. It included demolishing single-storey outbuildings, providing a new rear single-storey extension to the main building, installing a new lift shaft, roofing and canopy construction, complete reconfiguration of rooms, and extensive internal and external decorations.