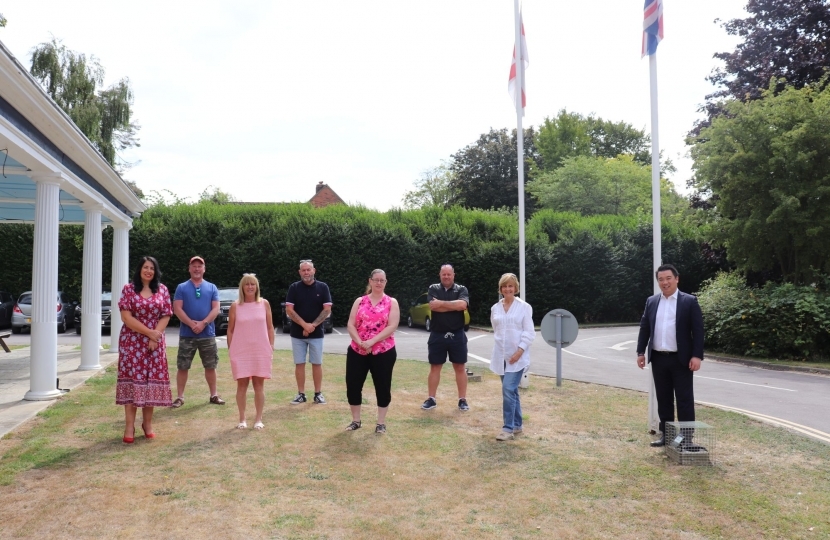 Havant MP Alan Mak has been nominated for two prestigious Parliamentary accolades for his community work that went “above and beyond” during the Coronavirus outbreak.

The annual MP of the Year Awards are run by The Patchwork Foundation charity, and supported by the Speaker of the House of Commons and the leaders of all the main Westminster parties. They are a highlight of the Parliamentary calendar.

Mr Mak has been nominated by local residents and the wider public for both the “People’s Choice Award” selected by public vote, and for the overall “Best Conservative MP” Award. His nominations come after he launched a well-supported Local Volunteer Network to help vulnerable and isolated residents during the lockdown.

Over 470 local volunteers signed up to help on Mr Mak’s Local Volunteer Network. Together, they helped over 300 households and carried out over 1,000 tasks for those in need between 1 April 2020 and 31 July 2020. Tasks carried out included buying and delivering shopping, collecting prescriptions, making befriending phone calls and helping with other daily tasks.

Volunteers were typically paired with a resident or household in need, and this continued for the duration of lockdown so that a relationship of familiarity and trust could form, especially as it was unclear how long lockdown would last.

Alan Mak MP said “I set up my local volunteer network to help our community get through the lockdown, and I’m delighted to be nominated by residents for these prestigious Awards. Thanks to all the volunteers who came forward and went the extra mile. These nominations are a recognition of their hard work too, and our strong community spirit.”

Esmat Jeraj, director of operations at the Patchwork Foundation said: "The MP of the Year Awards shine a spotlight on those Members of Parliament who go above and beyond to advocate for under-represented communities. This unique award is just one way through which we can showcase the tremendous work achieved by our elected officials - work that deserves to be recognised and celebrated”.

In 2017 Mr Mak won the “Best New Conservative MP” Award in recognition of his outstanding community work in his first two years as a new MP, including organising an annual jobs and apprenticeships fair, successfully campaigning for more local school funding, and organising a university information conference to encourage more local pupils to apply to university. Mr Mak has served as MP for Havant since May 2015.

To vote and find out more about the Awards, and The Patchwork Foundation, visit www.patchworkfoundation.org.uk/category/mpoftheyearaward/

Photo: Alan Mak MP with members of his Local Volunteer Network in Havant