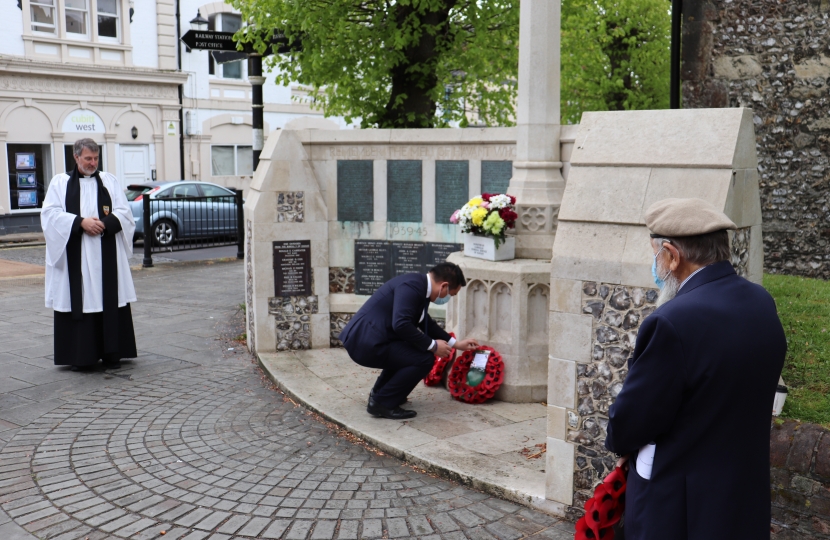 Local MP Alan Mak has marked the centenary of the creation of the Royal British Legion (RBL) by laying a wreath following a special service that took place at St Faith’s Church.

Members of the Havant Branch of the RBL, of which Alan is Vice President, were present at the service where he also conducted a reading.

Born in the aftermath of the First World War, the charity’s founding mission was to fight for the rights of those who had given so much and come back to so little. Today, the RBL continues to stand with the Armed Forces community and provides support to all serving and ex-serving personnel and their families.

This ranges from expert advice and guidance to recovery and rehabilitation, through to transitioning to civilian life.

The Havant Branch of the RBL was formed in 1924 and is based at the Ex-Servicemen’s Club on Brockhampton Lane.

Alan is a strong supporter of our Armed Forces and veterans in Parliament, including successfully campaigning alongside the charity to include an armed forces question in this year’s census.

The Budget announced this year also included more support for our veterans, including an additional £10 million in the Armed Forces Covenant Fund.

He added: “I am proud of the courage and dedication of our Armed Forces and I will continue to support the Government in giving them the help and support they deserve.”

Local MP Alan Mak MP encouraging women across the Havant Constituency to come forward and share their experiences through the Government’s consultation to reshape the future of women’s healthcare.