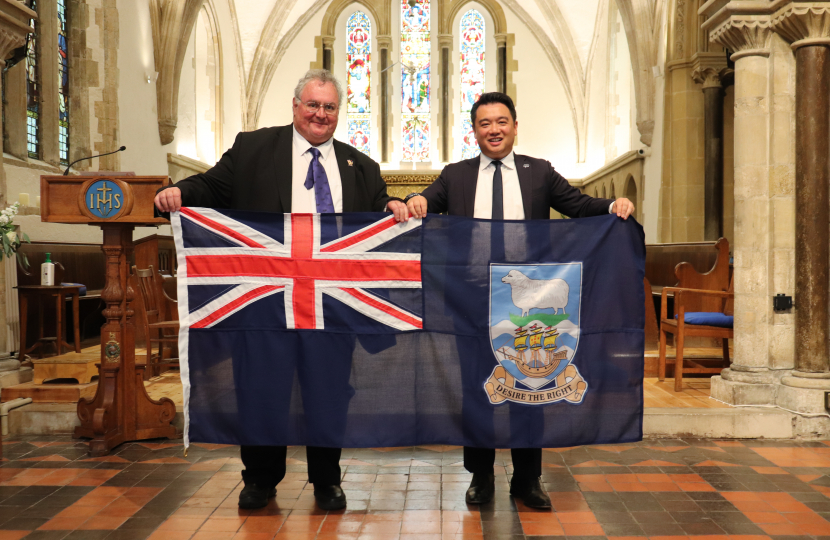 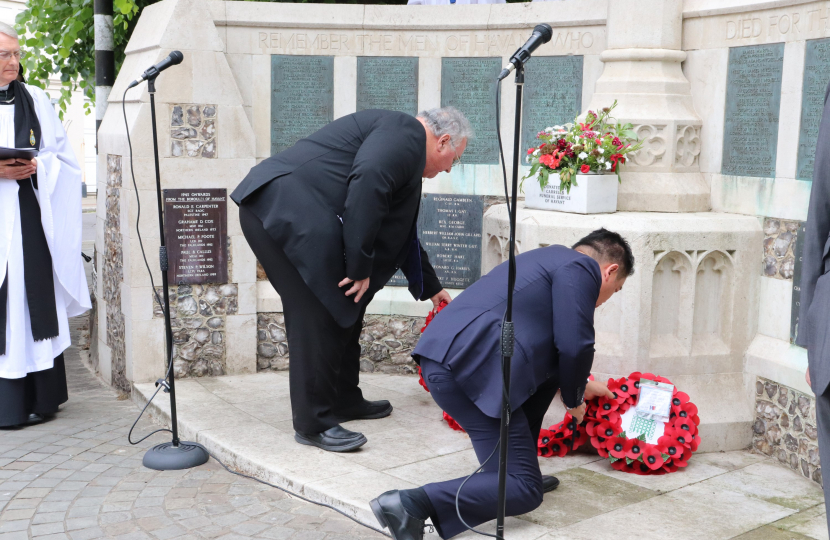 Local MP Alan Mak has led a parade and wreath laying service in central Havant to mark the 40th anniversary of the Liberation of the Falkland Islands.

The Havant MP came up with the idea of a parade following a meeting in Westminster, and he was joined by approximately 200 marchers, including local councillors, cadets, uniformed services and veterans from the South Atlantic Medal Association. The marchers were led by the Rose and Thistle pipes and drums.

The parade departed from the Ex-servicemen’s Club on Brockhampton Lane and concluded at the war memorial on West Street. Following the parade there was a short remembrance service led by the Reverend Canon Tim Schofield. There, Mr Mak was joined by Roger Spink, Member of the Legislative Assembly of the Falkland Islands.

A longer service then took place in St. Faiths Church in central Havant.

Local MP Alan Mak said: “Having visited the Falklands to pay tribute to British servicemen and women involved in the Liberation, I welcomed the opportunity to honour their service and sacrifice in our parade and wreath laying.”

Roger Spink, Legislative Assembly Member for Stanley, said "I would like to thank Alan Mak MP for initiating a parade and wreath laying to mark the 40th anniversary of the liberation of the Falkland Islands, and for inviting me to attend.  Falkland Islanders would not enjoy the freedom they have, today, were it not for those who fought so bravely to liberate the Islands in 1982.  It was therefore an honour to be in Havant and to pay my respects to those who helped liberate the Islands 40 years ago."