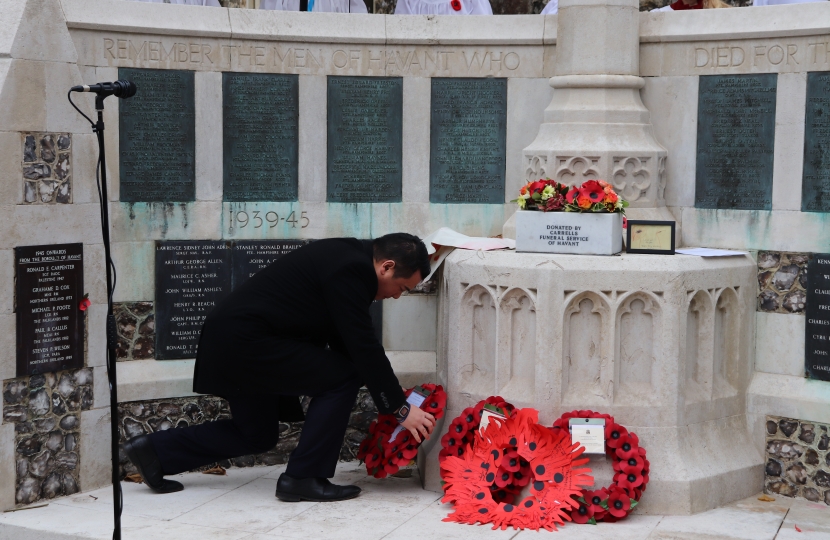 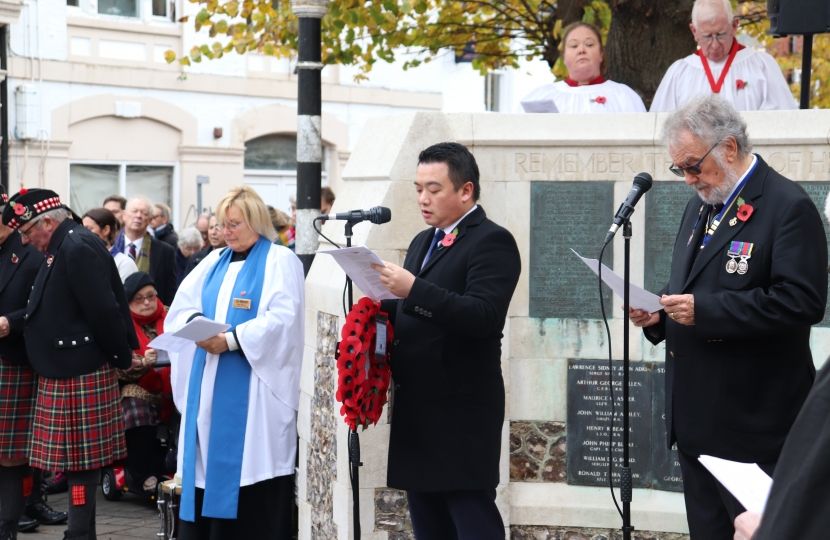 Local MP Alan Mak has laid a wreath at the Havant War Memorial in Havant Town Centre as part of the Remembrance Sunday Service led by the Rector of Havant Canon Tom Kennar.

The Havant Constituency MP was joined by members of the local Royal British Legion Branch, who were marking the centenary of their organisation’s founding, along with local scouting groups, Hampshire Constabulary, the Borough and County Councils, and other local community leaders. He was also invited to recite the roll of honour, remembering each of the 161 men from the Borough of Havant who have lost their lives in armed conflict since 1914.

Mr Mak also attended an additional civic service at St Faith’s Church, where he was joined by the Mayor of Havant Cllr Rosy Raines, the Deputy Lieutenant of Hampshire Major General James Balfour, and members of 16 Regiment Royal Artillery.

Alan Mak MP said: “I was honoured to lay a wreath at the Havant War Memorial and attend the civic service at St. Faith's Church this morning to honour and remember all those who have served our country. The service this morning in the town centre was very well attended, and shows that our community will not forget them and their sacrifices.”