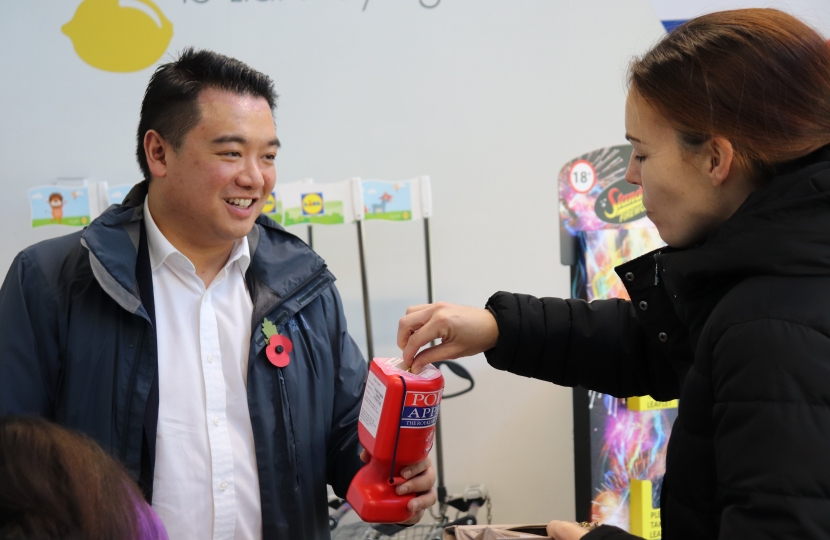 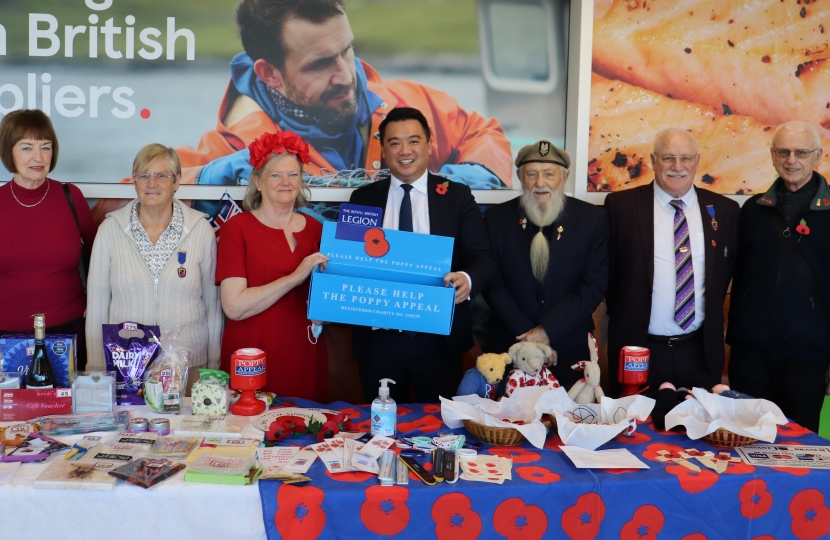 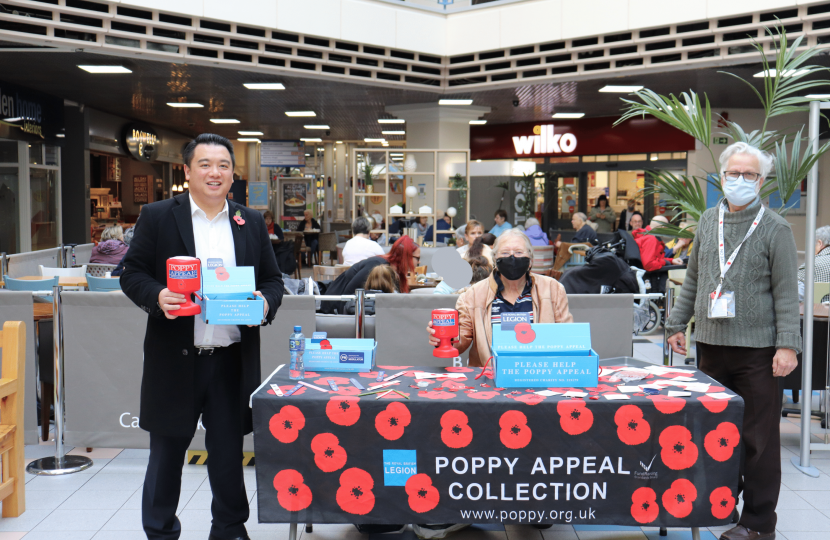 Local MP Alan Mak has been working with volunteers from Royal British Legion Branches in the Havant Constituency to sell poppies in the run up to Remembrance Sunday.

The Poppy Appeal campaign, which runs for two weeks prior to Remembrance Day each year, collects money for the Royal British Legion, which in turn then donates the money raised to projects and charities that better the lives of veterans and Active Service Personnel, as well as promote their welfare.

This year, Mr Mak joined Poppy sellers in Tesco on Solent Road in Havant to officially launch the campaign, giving a cheque for £4000 to start the Appeal going. He also joined members of the Havant Branch at the Meridian Shopping Centre on Friday 12 November.

In addition, Alan met Angela Hopkins of Hayling Island’s Royal British Legion Branch, where he sold poppies at the entrance to the Island’s Lidl superstore.

Alan Mak MP said: “I have sold poppies in the Constituency every year since being elected as an MP. This year, residents in the Havant Constituency have been particularly generous to the Poppy Appeal, and I want to thank everybody who donated to the Appeal and wore a Poppy in the run up to Remembrance Sunday.”

Remembrance Sunday marked the end of the Poppy Appeal campaign for 2021. Mr Mak attended a service at the Havant War Memorial where he laid a wreath in honour of the 161 men from Havant who have died serving their country since the Great War. The service was very well attended with members of the public filling the town centre well in advance of the service commencing.