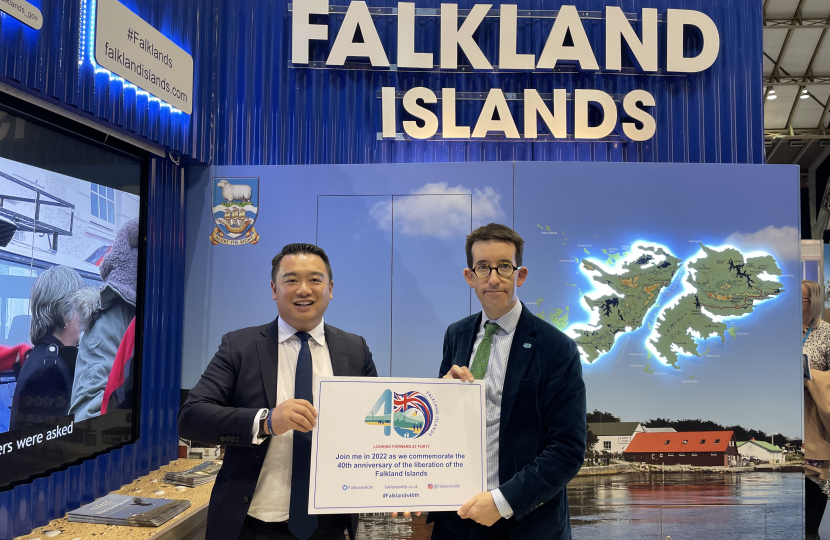 Local MP Alan Mak is inviting residents of the Havant Constituency and to attend his Falklands 40 Parade in Havant on Sunday 19 June 2022.

June 14 will mark the 40th anniversary of the liberation of the Falkland Islands from Argentinian Forces, following the invasion of April 1982.

The anniversary is especially significant for Havant, Portsmouth and surrounding areas since many local veterans were deployed as part of the Royal Naval Task Force sent to re-capture the Islands.

Everybody is welcome at the Parade and Wreath Laying service.

As part of a separate long-running campaign, Havant Constituents can apply for a free Union Flag to wave along the route of the parade by visiting www.AlanMak.org.uk/Flag

Local MP Alan Mak said: "I'm organising girls Parade to  honour the service and sacrifice of local veterans who liberated the Falklands. I hope local residents will support this important event and show our support for the Liberation and all those involved”.

To find out more about the Parade, readers can visit www.AlanMak.org.uk/Falklands