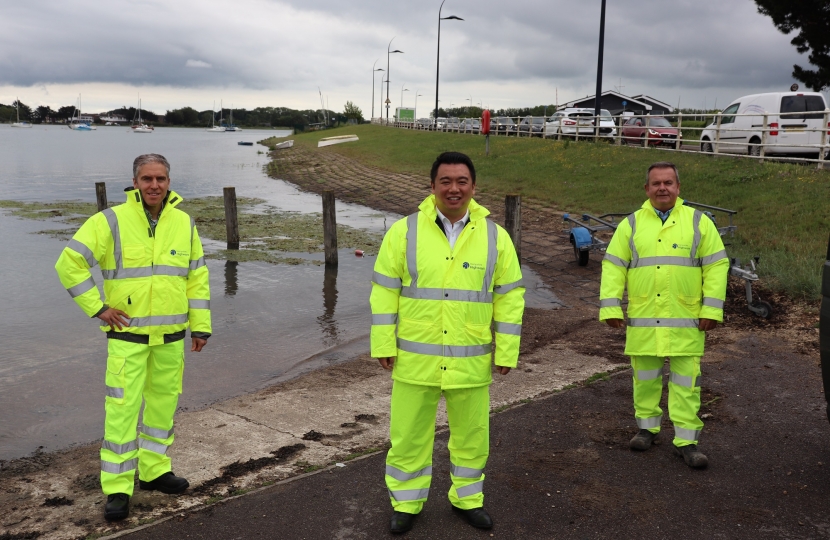 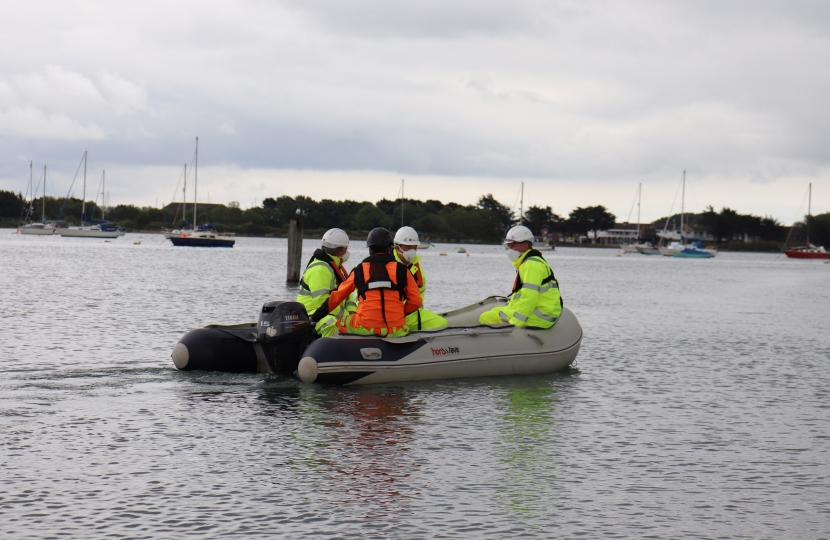 The bridge is the arterial route for all Hayling Island residents and visitors and is maintained by Hampshire County Council, as the highways authority. It was constructed in 1956 initially to replace an ageing timber toll bridge and has been free to use since. The bridge connects Hayling Island to Langstone and the rest of the Havant Constituency.

The bridge is also the main route for utilities for homes and business on Hayling Island, and carries electricity, gas and telecommunication cables.

Mr Mak joined County Council Deputy Leader and Executive Lead Member for Economy, Transport and the Environment, Cllr Rob Humby, Executive Member for Highways Operations, Cllr Russell Oppenheimer, and senior bridge engineers to discuss the Council’s plans for this critical piece of infrastructure to ensure that it remains fit for use into the future.

They confirmed to Mr Mak, whose constituency covers both Hayling Island and Langstone, that maintaining the bridge is a key priority for the County Council. Mr Mak was assured that regular inspections are undertaken to ensure the bridge continues to be safe.

Mr Mak said: “Langstone Bridge is a vital link for residents and visitors to Hayling Island. Having been out to see the Bridge with engineers from Hampshire County Council, I’m pleased that they prioritise the upkeep and maintenance of this critical structure. ”

Cllr Humby said: “Of all the road links that Hampshire County Council maintains, we know that the Langstone Bridge is one of the most important. Since 1956 we have been maintaining the bridge and will be making sure that it continues to be open at all times for residents.”