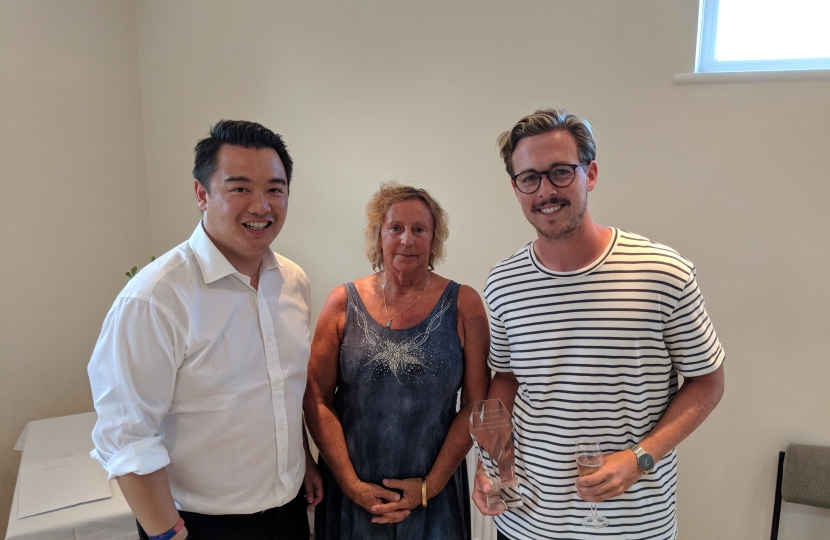 The prestigious title was awarded to Mr Neaves by the Lawn Tennis Association for his work mentoring young coaches, increasing the participation of children in tennis and working with disabled players.

Ashley was nominated as Coach of the Year while working for the Portsmouth Tennis Centre, and  moved to The Avenue earlier this year where he has set new goals.

Describing the moment he heard he had won: “I was pretty shocked,” said Ashley, 29. “I wasn’t expecting it. When I walked up to collect the award I was shaking. But I’m very proud to have got the recognition.”

“I want The Avenue to win club of the year,” he said. “And I want to get more kids into tennis, so we’re visiting schools and putting on roadshows to encourage greater participation.”

Alan Mak MP, an Honorary Member of the Avenue Club said, “Ashley’s Award is recognition of his outstanding talent and commitment to helping the next generation of sports stars from our area. We’re all very proud of him, and I was delighted to present the Award in front of so many local tennis fans.”

There was an added bonus for Ashley, who saw British player Gabriella Taylor, one of his former pupils, compete in the women’s event at Wimbledon this year.

Ashley said: “It was great watching Gabriella on Court 14. I was her coach about seven years ago and it was fantastic to see that she has done so well.”

Gabriella put up a spirited performance against a former finalist, but lost in three sets.

The Avenue is one of the biggest clubs in Hampshire, with 10 superb grass courts and seven newly refurbished all-weather courts. There are also three squash courts, a gym and a thriving social scene.