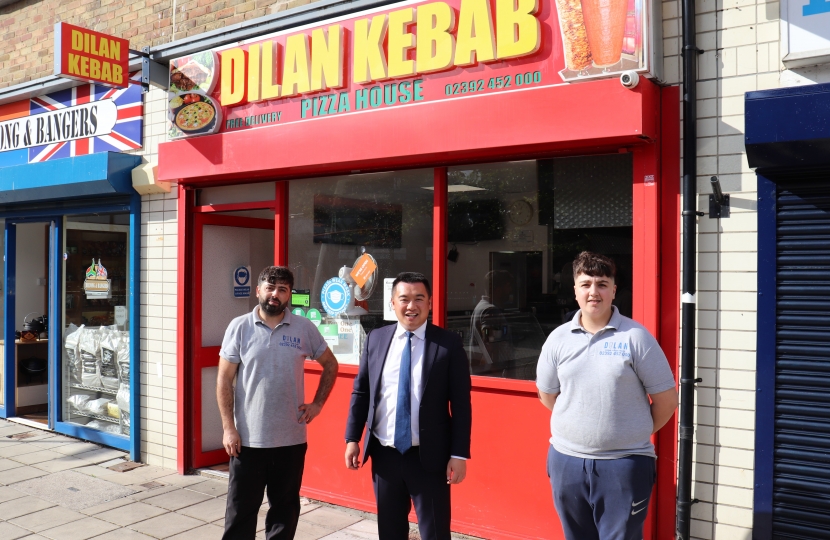 Dilan Kebab in Leigh Park has been shortlisted in the category of ‘Best Just Eat Delivery’ by the British Kebab Awards. The shop on Greywell Road has been praised by local who have given it a 4.6 star rating and over 2000 reviews.

Local MP Alan Mak said: “Congratulations to Dilan Kebab for being nominated by the British Kebab Awards for this special award. With thousands of kebab shops across the country, just getting nominated is tough enough on its own and speaks volumes to the dedication of Aziz and his team of top cooks!”.

Owner of Dilan Kebab Aziz Mendil said: “Thank you to Alan for coming to visit the business. I was over the moon when I found out that Dilan Kebab had been nominated for an award and will be receiving this national recognition. We will all be crossing our fingers for the awards ceremony!”.

The British Kebab awards are in their ninth year and the winners will be announced in a ceremony in London on Tuesday 26th October. Judges for 2021 include the education secretary Nadhim Zahawi.