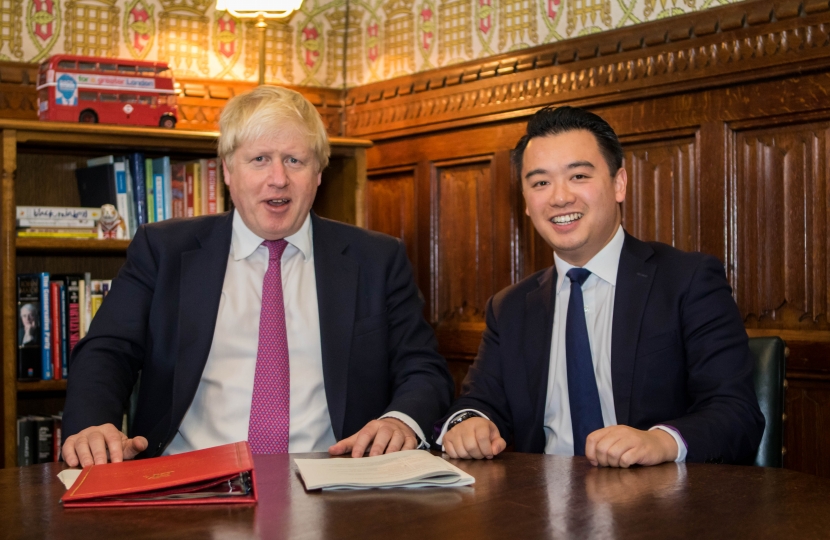 Mr Mak said, “I’m delighted to be appointed as a Minister by the Prime Minister, and I look forward to helping deliver the Government’s policy agenda in Westminster. My work as Havant Constituency MP is unchanged, and I will remain active in our community, continue helping local residents and carry on organising my community events like my Jobs & Apprenticeships Fair”.

He added, “It’s a huge honour to be appointed as a Minister, but my priority will always be my constituency-focused work so I’ll continue working hard all year round for local people.”

Conservative Party Chairman Amanda Milling MP said Mr Mak has been a “fantastic Vice Chairman” and wished him well on his appointment as a Minister in the Whips’ Office.

By convention, Whips in the House of Commons do not speak in debates nor do they table questions to other Ministers. However, Whips do continue to lobby and make representations to their Ministerial colleagues in other Departments on behalf of constituents, and Mr Mak will continue doing this in his capacity as MP for the Havant Constituency.

Mr Mak is one of the youngest Ministers in the Government and said he hoped his appointment would encourage more young people to consider public service, including standing for office locally and nationally.

Local MP Alan Mak has thanked volunteers from the St John Ambulance for stepping forward to provide vital support to the Governement’s COVID-19 vaccination programme following a visit to their Bedhampton training centre.