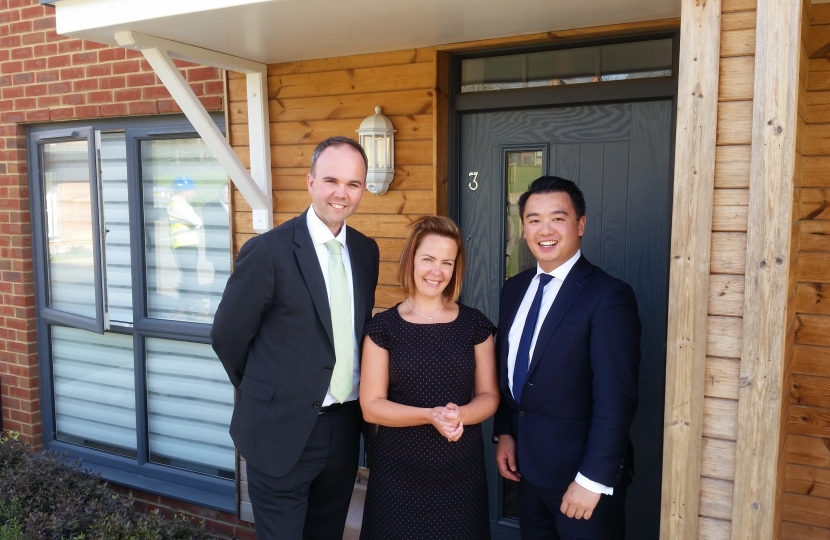 Havant MP Alan Mak has welcomed a forward-thinking Budget from the Chancellor Philip Hammond designed at improving Britain’s productivity and long term growth. He said the Budget would benefit residents across Havant and the country.

The Chancellor announced a number of policies aimed at getting Britain fit for the future, including Mr Mak’s yearlong campaign to get the Government to increase the amount of money spent on R&D from its current level of 1.7 per cent of GDP to the OECD average of 2.4 per cent.

Increased spending on innovation will allow the economy to keep growing and create higher quality jobs, building on the Conservative record of slashing unemployment to historic lows, Mr Mak argued.

He added: “I’ve been campaigning over the last year to make sure that the Government pledges to increase both public and private spending on R&D to at least match the average for OECD countries, so I am delighted by this commitment in the Budget. We need to be ready for the technological challenges of the Fourth Industrial Revolution, and improving R&D spending is one way in which we can take our innovative companies to the next level. Havant businesses like Dream 3D and Lockheed Martin are already leading the way in terms of technology innovation, creating new jobs for our area.”

Mr Mak also backed a number of announcements aimed at younger people, including making home ownership more affordable by abolishing stamp duty for first time buyers, increasing the youth rate of the National Living Wage and the introduction of a new "millennial" railcard that could save 26 to 30-year-old passengers hundreds of pounds a year.

He said: “Having met a number of residents who have been able to afford a home through Help to Buy, it’s really great this Government is going further to ensure that property ownership remains an aspiration for all. The Prime Minister’s new chief of staff Gavin Barwell had a chance to meet some of the people the Government has helped into home ownership, such as Bedhampton mum Jodie Reddin, during a visit to Havant last year while he was Housing Minister. By abolishing stamp duty, building more homes and furthering our commitment to Help to Buy, more people like Jodie will be able to own their own home.

He added: “Overall, the policies announced today in the Budget are going to make a real positive difference to Havant and the country as well as addressing some of the inter-generational unfairness that I know is felt by many young people today. The Government is cutting taxes for working people, freezing fuel duty and delivering higher pay though the National Living Wage, as well as strong economic growth and high quality jobs.”

Picture: Alan Mak MP with Gavin Barwell and Bedhampton mum Jodie Reddin, who was able to get onto the housing ladder through Help to Buy