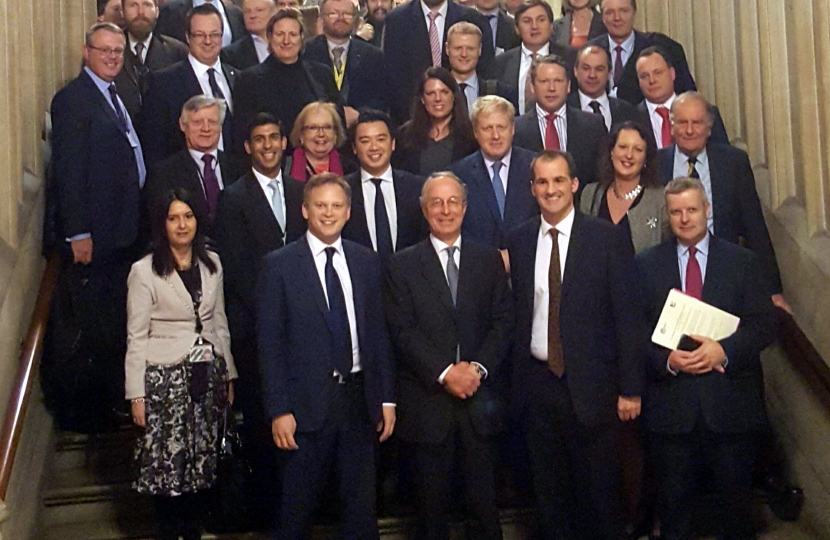 Havant MP Alan Mak has welcomed a new Foundation which has been launched in the Houses of Parliament help tackle housing problems faced by ex-service personnel.

The cross party Homes for Heroes Foundation has been launched by prominent MPs and General Lord Richards, the former Chief of the Defence Staff, head of the U.K. armed forces - who lives in Emsworth.

Today, many soldiers leave the armed forces after years of serving their country around the world and face an uphill battle to find a home for themselves and their families. There may be several reasons for this: some veterans suffer permanent physical injuries or post-traumatic stress disorder; others are healthy in body and spirit but have sacrificed the ability to put down roots, whilst serving abroad.

The inspiration for this foundation is the upcoming centenary of the Housing Act 1919 where Prime Minister David Lloyd George promised ‘homes fit for heroes’ for soldiers who had returned from the battlefield of Europe.

The goal of the Foundation is to update Lloyd George’s vision for the 21st Century so that Britain has the finest housing package for returning armed forces of any country in the world. Over the course of this Parliament, the Homes for Heroes Foundation plans a programme of research to guide the housing policy objectives and to get a better deal for veterans.

At the heavily-attended launch were representatives from Armed Forces charities, house-builders, housing associations and local authorities as well as parliamentary colleagues.

Alan Mak MP said: “These brave men and women fight for our country and now the Homes for Heroes Foundation will fight for them to get better homes when they return. Havant has a proud military tradition and I'm keen to do all I can in Westminster to back our troops.”

He added: "My year's ‘work experience’ with The Royal Navy has given me grassroots insight into the work and lives of our armed forces, and the new homes for heroes foundation will play a leading role in ensuring their needs are met at all levels of Government."

Mak is undertake a year-long placement with the Royal Navy and will spending a week in. Or way training with the Royal Marines during February. Mak's diary of his experiences will be featured exclusively in the News. The Havant MP is a longstanding Royal British Legion supporter and founded their young professionals’ branch. In Parliament, he is an active member of the Armed Forces Parliamentary Group.