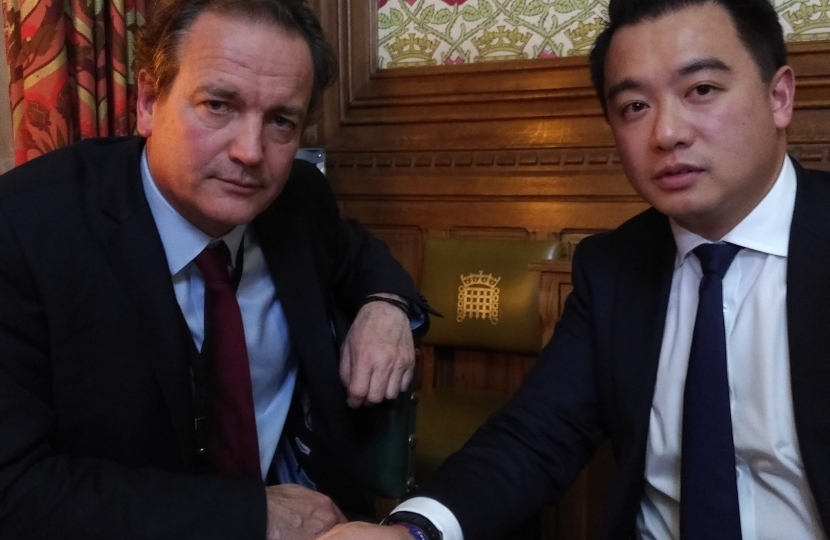 Havant MP Alan Mak has lobbied Police Minister Nick Hurd during a meeting in Parliament to make the case for more funding for Hampshire Constabulary.

The Government is currently looking at changing the way that police forces across the country are funded, ironing out some of the historical funding differences that exist between different forces. Independent figures from Her Majesty’s Inspector of Constabulary (HMIC) show that Hampshire receives £44.8million less funding than the average police force each year.

An announcement on the funding of forces is expected in the next few weeks, with Alan pushing hard for a fairer funding deal.

However, in his meeting, the Minister made clear that although the Government was sympathetic towards Hampshire’s case, money still has to be allocated towards areas with the greatest levels of crimes.

Despite a couple of high profile incidents on Hayling Island, in general the crime rate in the Havant constituency and Hampshire is far below the national average.

To further discuss the matter on the ground with officers, the Minister has also accepted Alan’s invitation to visit Havant in the New Year.

Alan Mak MP said: “The Havant constituency and Hampshire as a county are relatively low crime areas, but I am still lobbying for more funding so we can ensure our area remains that way - a safe place to live, work and visit. Hampshire's Chief Constable and Police & Crime Commissioner will decide how any extra money is used locally, and where resources and officers are deployed on the ground, and I will continue working with them to highlight my constituency's priorities"

“I look forward to welcoming the Minister to Havant so he can meet some of our dedicated officers, and I’ll continue campaigning for more resources for Hampshire Police.”