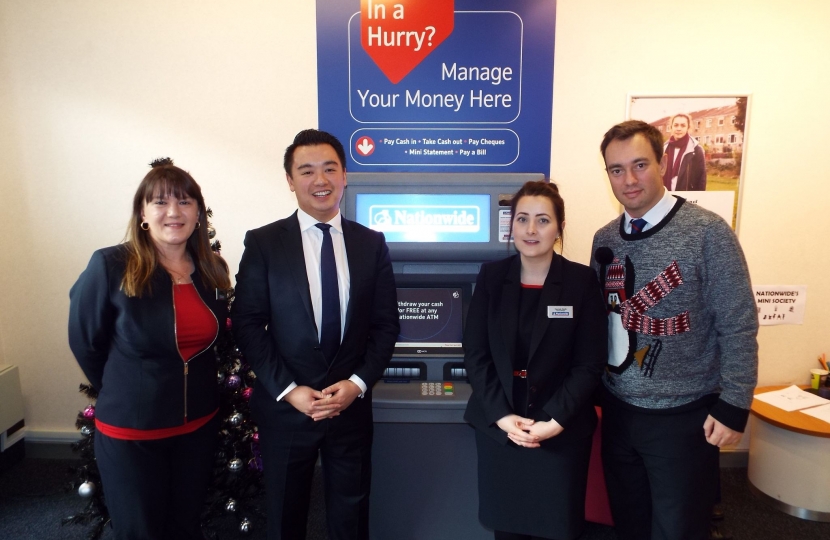 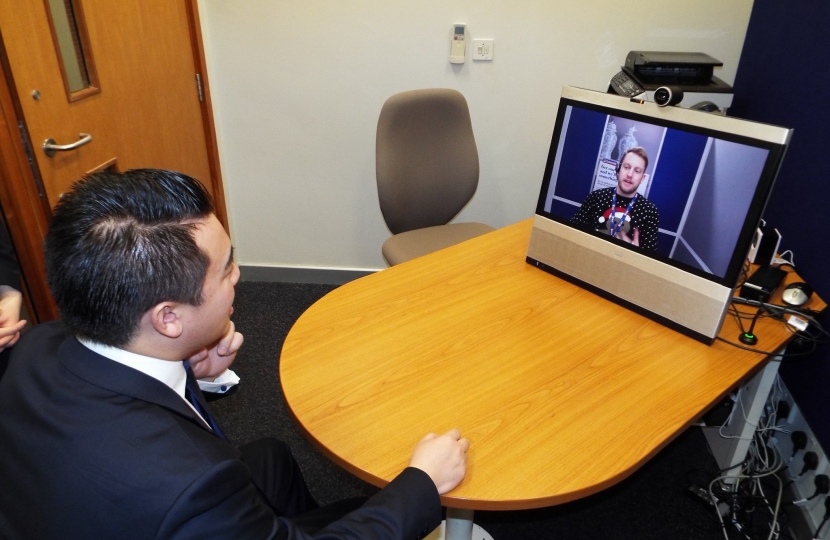 Havant MP Alan Mak was able to experience virtual banking, learning how the latest technology is being used to improve banking services locally during a visit to a Nationwide branch on Friday.

During his visit to the Nationwide Building Society branch on West Street in Havant, the local MP also spent time meeting the team, touring the branch and learning about the services Nationwide offers.

Mr Mak learnt how Nationwide is investing £500m into its branch network. One of the services Mr Mak saw was Nationwide Now, the Society’s in-branch HD video appointment facility to financial consultants around the country.

Instead of having to wait for an in-branch consultation, Nationwide Now allows customers to complete mortgage applications and attend financial planning appointments at a time convenient to them.

Alan Mak MP, said: ‘‘Local banks play a key role in our economy, and both residents and businesses rely on them.  It was great to see Nationwide offering innovative digital services whilst not forgetting the importance of branch-based banking for those who would rather conduct their financial affairs face-to-face.  Making banking accessible is vitally important so I’m pleased to see Nationwide investing in both digital and bricks-and-mortar banking to ensure my constituents get the best service possible.”

Hannah North, Manager of Nationwide’s Havant branch, said: “It was great to welcome Alan to our branch in Havant today. With one quarter of all new mortgage applications in the Nationwide branch network now being advised by Nationwide Now, this was a great opportunity for us to showcase the services we are able to offer. I hope Alan enjoyed his visit as much as we did.”

Picture one: Alan Mak MP with the team from the Havant branch of Nationwide Building Society

Picture two: Alan Mak MP testing out the technology at the Havant branch