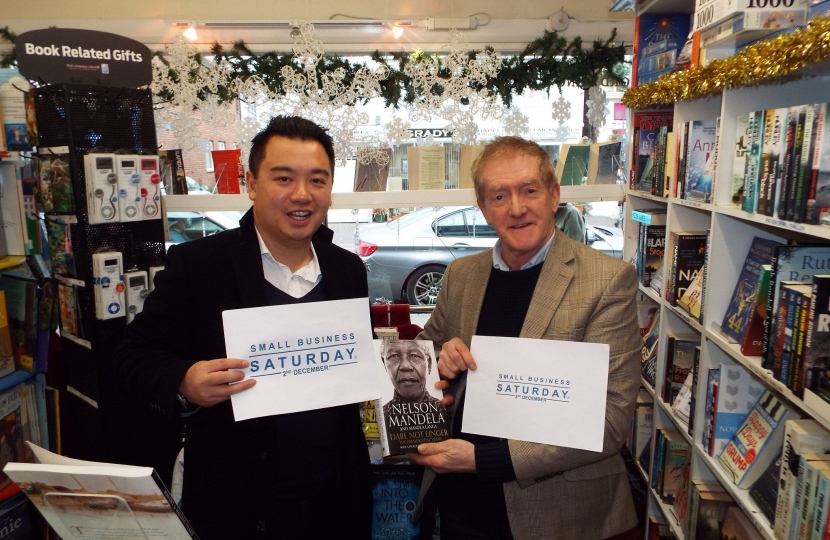 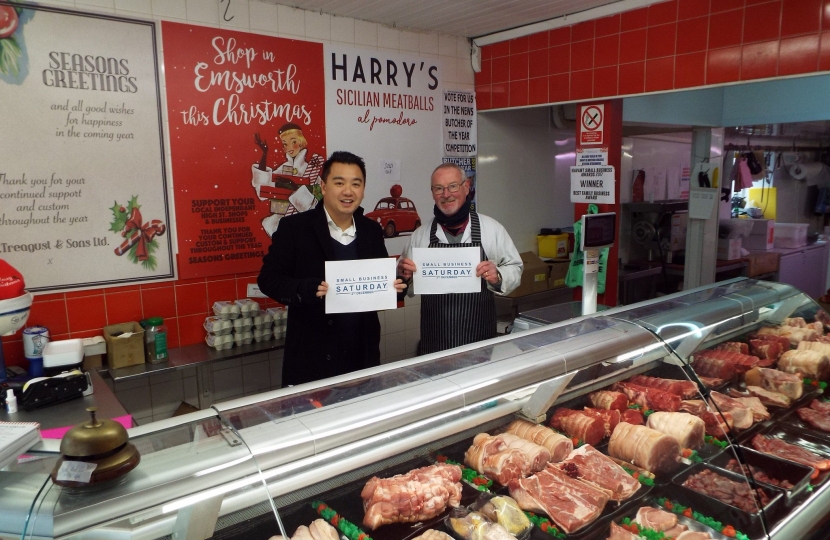 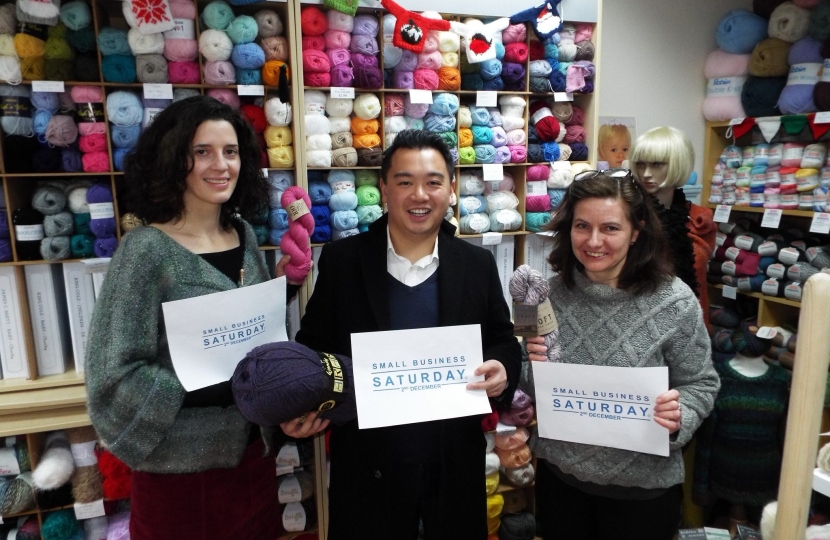 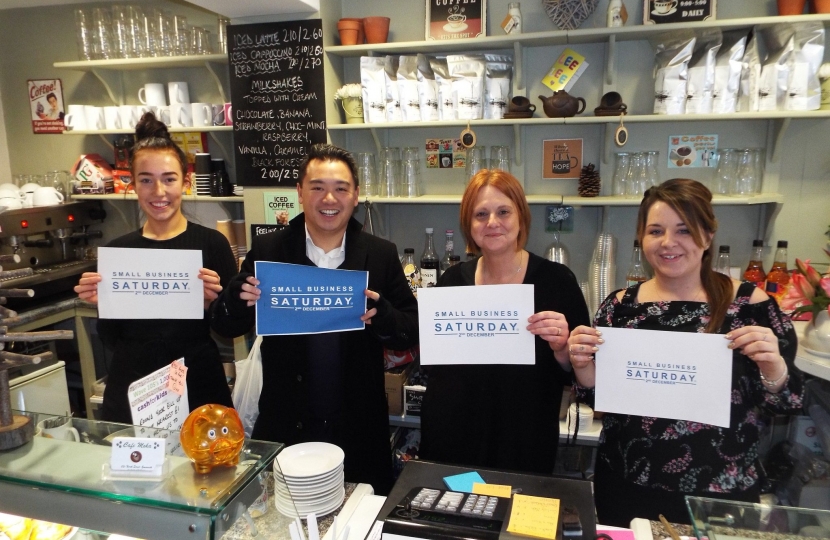 Havant MP Alan Mak was out supporting independent local shops at the weekend as part of the Small Business Saturday campaign.

The MP visited a number of shops across the constituency, including some of the winners of his recent Havant Small Business Awards.

Small Business Saturday is a national campaign celebrating its fifth anniversary, which aims to encourage spending with small, independent firms in the run-up to Christmas. In 2016, customers spent £717m on the day, an increase of 15% on the year before.

After the visits, Alan encouraged residents to think about supporting local independent shops this Christmas.

He said: “As my recent Havant Small Business Awards showed, in our area we have a thriving community of independent shops. I was delighted to meet more of them as part of Small Business Saturday, hearing first-hand about the strength of our local economy. As we now get closer to Christmas, I would encourage everyone to visit our local independent shops to see some of the diverse range of products they have for sale.

“Every pound spent at a small business will multiple around our local economy, meaning more jobs for local people.”

Picture one: Alan Mak MP at The Hayling Island Bookshop with Colin Telford