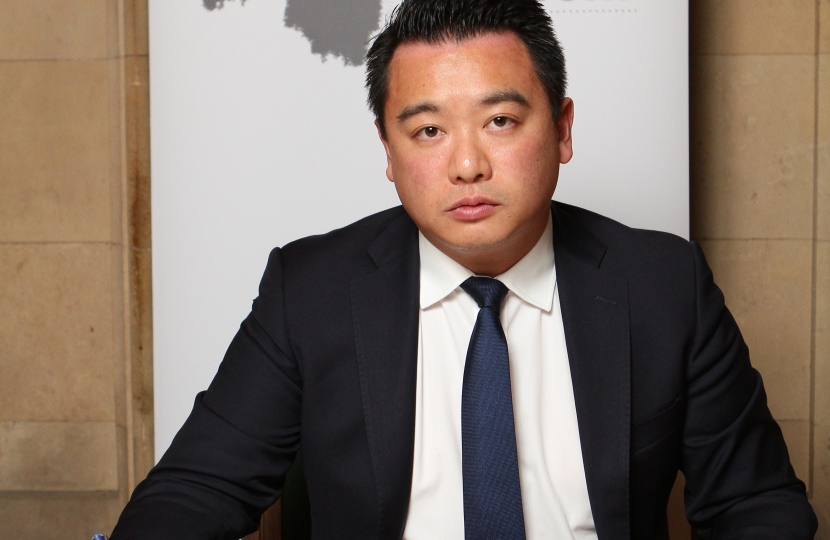 On the 75th Anniversary of the liberation of Auschwitz, local MP Alan Mak has signed the International Holocaust Remembrance Alliance (IHRA) definition of antisemitism, signalling his support for the fight against anti-Jewish racism.

Millions of people were stripped of their humanity and murdered during the Holocaust and Nazi Persecution. Monday marked the anniversary of the liberation of Auschwitz-Birkenau, the largest Nazi death camp, and is Holocaust Memorial Day.

On the anniversary, people around the globe will remembered the six million Jews murdered during the Holocaust and in subsequent genocides in Cambodia, Rwanda, Bosnia and Darfur.

To commemorate Holocaust Memorial Day, Mr Mak signed the IHRA, which states that: “antisemitism is a certain perception of Jews, which may be expressed as hatred toward Jews. Rhetorical and physical manifestations of anti-Semitism are directed toward Jewish or non-Jewish individuals and/or their property, toward Jewish community institutions and religious facilities.”

Originating in 2016, this definition has now been adopted by 18 countries, including the UK, at a time when antisemitism is on the rise around the world. In addition to signing the IHRA, Mr Mak signed the Holocaust Educational Trust’s Book of Commitment.

Mr Mak said: “Antisemitism is scourge on our society, and I’m determined to work to ensure that it is stamped out. I hope that all organisations and politicians can get work to the IHRA definition of antisemitism and call out those who still make antisemitic statements online and in the media.”

He added: “As we approach the 75th Anniversary of the liberation of Auschwitz-Birkenau I hope we can reflect on the horror of what antisemitism caused in Nazi Germany and educate future generations to prevent anything similar in future.”

Lord John Mann, the Government's Independent Advisor on Antisemitism said: "[The IHRA] is now the agreed working definition of antisemitism across the world. I congratulate all those associating themselves with the definition and hope other MPs will now follow suit".

More details of the IHRA’s definition can be found here: https://www.holocaustremembrance.com/working-definition-antisemitism

Karen Pollock MBE, Chief Executive of the Holocaust Educational Trust, said: “As the Holocaust moves further into history, it falls on all of us to ensure that their stories and the stories of the 6 Jewish million men, women and children brutally murdered by the Nazis, are never forgotten. We all have a duty to remember the Holocaust and to stand up against antisemitism and hate, now more than ever.”

Local MP Alan Mak MP encouraging women across the Havant Constituency to come forward and share their experiences through the Government’s consultation to reshape the future of women’s healthcare.