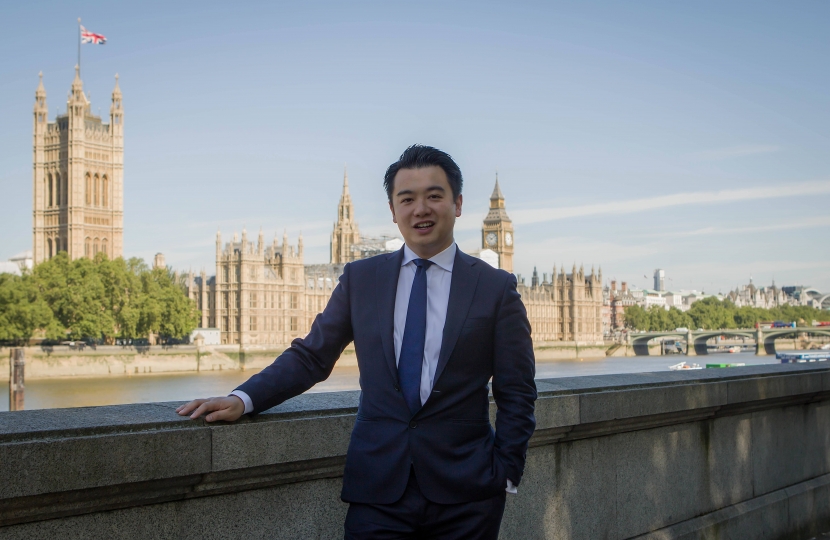 Havant MP Alan Mak has moved to a new Government role in the Business Department following the New Year reshuffle.

The new position will be as senior Parliamentary aide to Secretary of State Greg Clark in the Department for Business, Energy and Industrial Strategy (BEIS).

Moving from a junior position at the Ministry of Justice, as Parliamentary Private Secretary (PPS) Alan will act as a vital link between the Government and Conservative backbench MPs as new legislation is formulated, focusing on implementation of the Government’s Industrial Strategy.

Since first being elected as an MP two-and-a-half years ago, Alan has been championing the economy, both locally and in Westminster. He has also become one of Parliament’s leading voices on new technology, and getting the economy ready for changes being brought about in the workplace by automation and artificial intelligence – known as the Fourth Industrial Revolution.

Following the news, Alan said he was looking forward to joining the team at BEIS and working to help deliver the Industrial Strategy – a document he contributed towards in his work as a backbencher.

He said: “I am delighted to have been promoted to the Business Department working with Business Secretary Greg Clark. Working hard for the Havant constituency remains my top priority, but I am pleased to have an additional role helping deliver the Government’s ambitious Industrial Strategy, which aims to tackle our productivity challenge and improve living standards across the country.”

Alan’s move to the Business Department comes at a time when employment in the UK is at record levels, with the number of people on unemployment benefits in Havant having fallen by a half since 2010.

He added: “From FatFace to Colt to Kenwood, businesses across the Havant constituency are making multi-million pound investments into the local economy and I will be taking to Whitehall a positive message about how Havant’s economic success can be repeated across the country. In addition, my third Jobs, Apprenticeships and Careers Fair is taking place at Havant Leisure Centre on Friday 9 March from 10am to 3pm backed by the News, and once again we will have hundreds of jobs on offer from local firms.”

Despite the change in role, Alan reiterated that he will continue to champion local issues in Westminster and work hard for Havant residents.

He added: “It was an honour to be re-elected as MP for Havant last June with an increased majority and the highest ever share of the vote. Residents backed me to continue as a hard working local MP and that’s what I’ll to continue to be.”