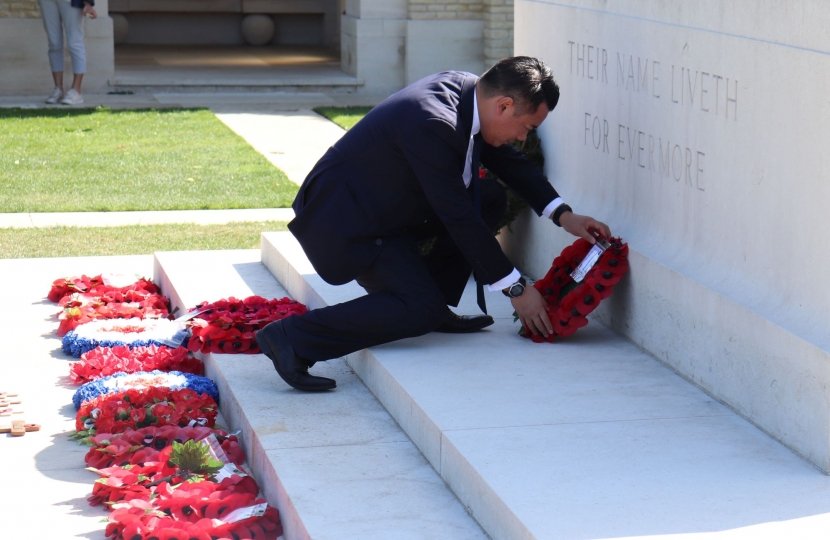 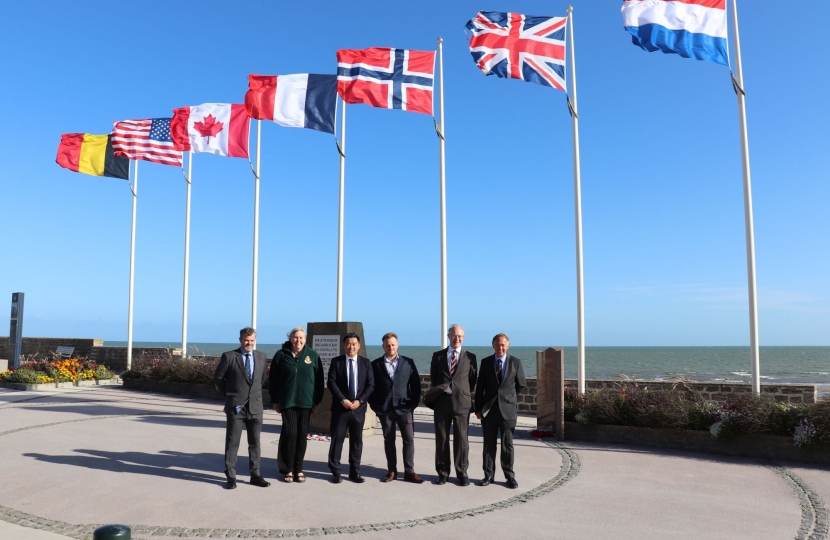 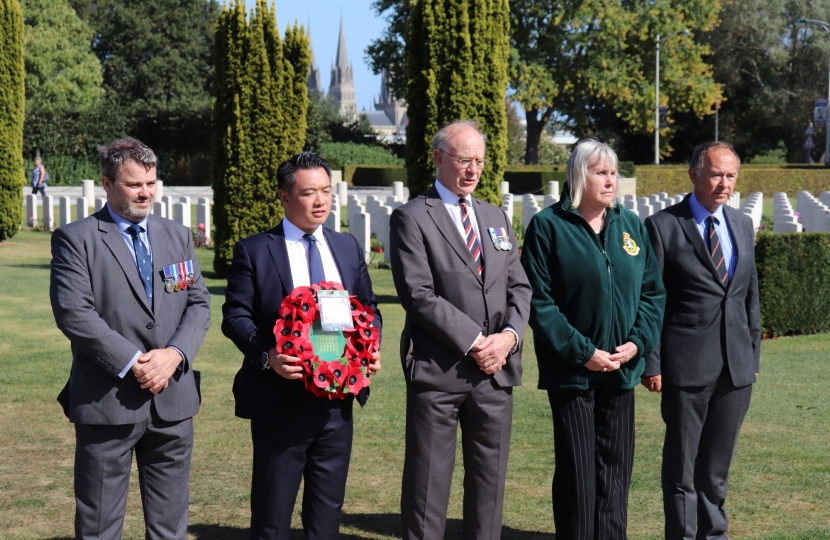 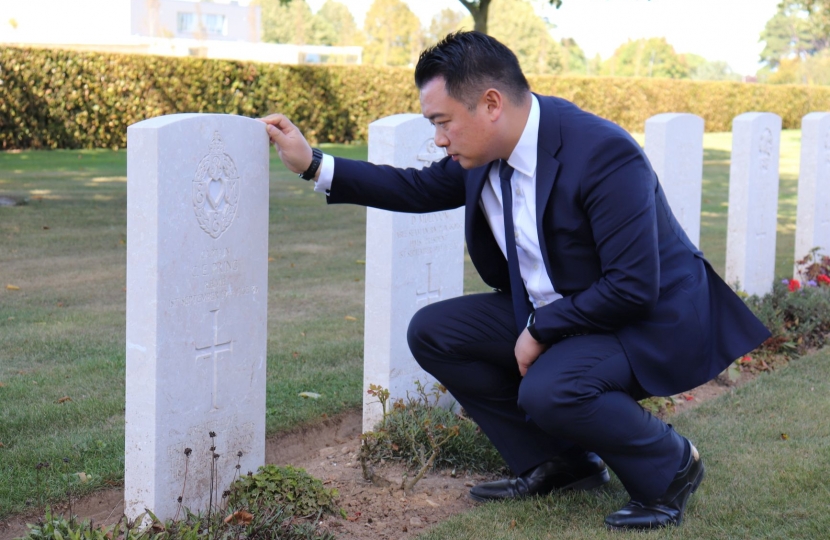 Havant MP Alan Mak has led a delegation of veterans to Normandy to commemorate the 75th Anniversary of the D-Day landings and the operation to liberate Europe.

The group visited both Gold and Sword Beaches, which were the principal landing areas for British and Commonwealth soldiers, as well as Bayeux War Cemetery, laying wreaths in each location.

The trip was organised by Alan to mark the contribution made to the success of D-Day by the Havant constituency and surrounding areas.

Troops were garrisoned in what is now Purbrook, Stakes, Leigh Park and Emsworth, with each holding more than 2,000 troops.

The shores of Hayling Island were used as a site for the construction of components of artificial Mulberry Harbours, that were used to unload vehicles and troops after D-Day, which are still visible today on Gold Beach and in Langstone Harbour.

Mr Mak said he led the delegation to both to highlight how our local area was involved in the preparations for D-Day and to pay respects to the more than 3,000 British casualties who died during the operation.

He said: “It’s so important that we remember those who bravely fought to defend our country and liberate Europe protecting the freedoms we enjoy today. To be in Normandy was incredibly poignant, seeing the terrain and obstacles faced by our troops as they bravely secured the beaches on D-Day.

“The Havant constituency was key to ensuring the success of D-Day, from troops being garrisoned in the area to the construction of artificial harbours, and in this 75th anniversary year, we should keep in mind our local area’s contribution.”

While at the Bayeux War Cemetery, Mr Mak visited the grave of Captain Charles Pring, a soldier from the Havant area who died shortly after D-Day aged 36.

He added: “Seeing the grave of a local soldier who made the ultimate sacrifice for our country was very moving and I was pleased that all these years on I could pay my respects to him.”

Alan was joined on the delegation by four local veterans who had served in the Armed Forces and live in the Havant constituency.

John Geden, a veteran from Hayling Island who spent 10 years with the Military Police, said: “Whatever your feelings on armed conflict, remember it is solved by individual human beings doing a job. We owe respect to those people because of what they’ve done and many of those young men in Normandy, aged 19, 20 and 21, didn’t come back. They didn’t have the opportunity to leave the army and they couldn’t go to university. They were deprived of those things because of their service to their country.”

Ellen Hunton, secretary of the Havant Branch of the Royal British Legion, said: “This was the first time I’ve ever been to these places. I’d seen them on the television, but it doesn’t prepare you for the impact of being there. When you’re reading headstones and you remember everybody was someone’s son, brother or husband – it’s so sad.”

Mr Mak will also be supporting the Havant Branch of the British Legion for the upcoming Poppy Appeal. Every year he sells poppies in the town centre and raises money for them through a charity raffle at his Small Business and Community Awards. To find out more about the Poppy Appeal visit https://www.britishlegion.org.uk/

Photo 1: Alan lays a wreath at the war memorial at the Bayeux War Cemetery

Photo 2: Alan with the delegation of local veterans in Normnady

Photo 4: Alan at the grave of Captain Charles Pring, a soldier from the Havant area who died shortly after D-Day

A campaign for a new Emsworth GP Surgery led by local MP Alan Mak has proved successful after the green light was given for construction to begin at the site of the Victoria Cottage Hospital (EVCH).