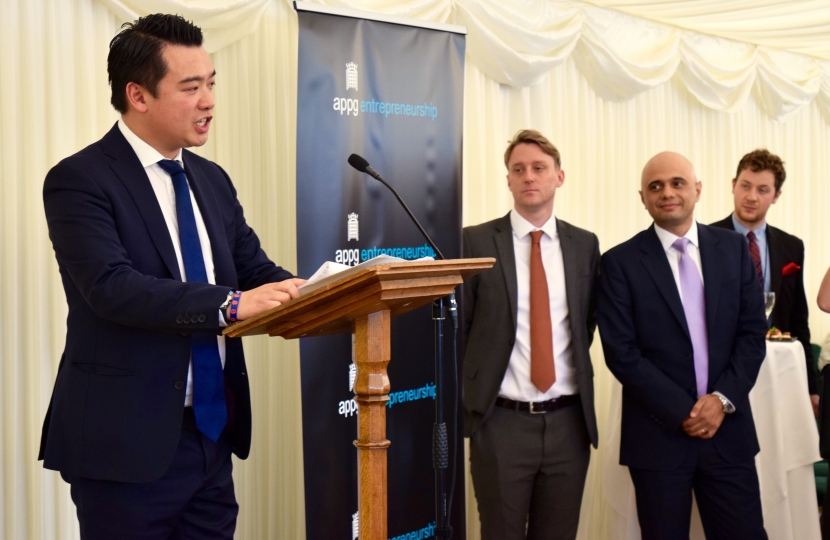 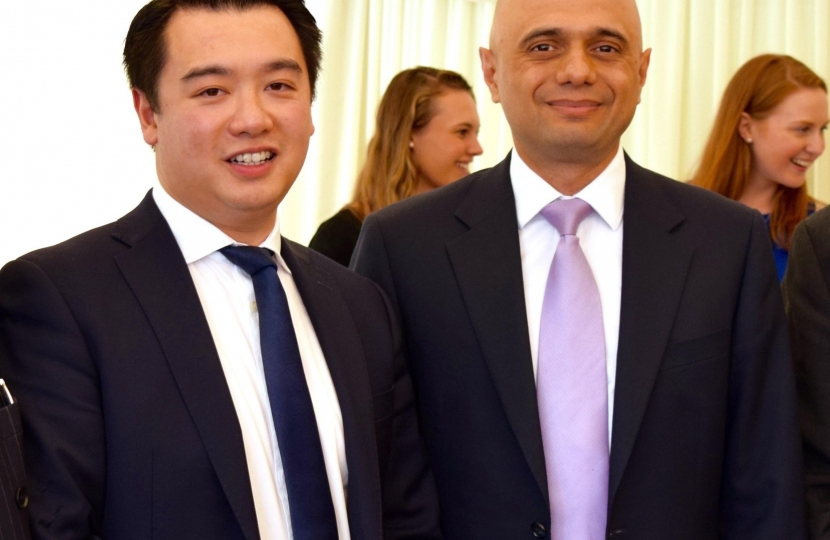 Business Secretary Sajid Javid was guest of honour at the group’s launch, where he praised Havant MP Mak for pushing forward parliamentary engagement with private innovation. Hundreds of guests were present at the launch in the House of Commons.

During the launch, new APPG Chairman Mak outlined the four key policy areas that the group will focus on in the first twelve months. The first of these was tax reform – as the Havant MP called for further breaks for entrepreneurs and investors to secure improvements made to the tax system since 2010.

Mak also announced that exporting would be a lynchpin of the APPG’s agenda, supporting the Exporting is GREAT Strategy in order to unlock world markets for business owners, and encouraging previously sceptical British-based businesses to push their goods abroad.

The APPG for Entrepreneurship is also conceived as a platform to support enterprise education for the younger generation. With millions of workers in Britain now self-employed, the group seeks to create policy to help school leavers who increasingly need skills to adapt to the modern and often independent working environment.

The fourth pillar of the new APPG’s concern is the promotion of female entrepreneurs. With the help of groups such as Female Founders Forum, Mak is determined to establish why so few women-led ventures scale successfully, and to implement more engagement and education to plug this gap.

Speaking after the event, Mak said: “Backing Havant’s economy is my top priority as local MP, and I’ve launched a new Parliamentary Group for Entrepreneurship to continue that work nationally too My new group will serve as a platform for ideas, engagement and policy to further the cause of entrepreneurs in Havant and around Britain.”

The Havant MP added: “It was fantastic to have the Business Secretary’s support for my new venture. Our four key areas of focus – tax reform, promoting exports, supporting female entrepreneurs and getting more innovation education in schools – matter to businesses locally and across Britain My group will give hard-working self-made business people across Britain the voice they deserve.”

Business Secretary Sajid Javid commented: “I want to make Britain the best place to start and grow a business by backing entrepreneurs to drive forward our economy. In an environment that encourages innovation and ideas, this government is championing ambition and creating jobs. I’m proud to be launching the APPG for Entrepreneurship, which will make sure the voice of entrepreneurs is heard loud and clear in Parliament.”

Havant MP Mak has been a strong supporter of business in his constituency since his election in May 2015. In April 2016, Mak hosted the inaugural Havant Small Business Awards to celebrate and showcase enterprise across the local area. Hundreds of residents cast nominations for twelve category prizes, with Emsworth’s ‘community fish box’ pioneers – Fresh from the Boat – scooping the overall prize. The News were media partners for the event.