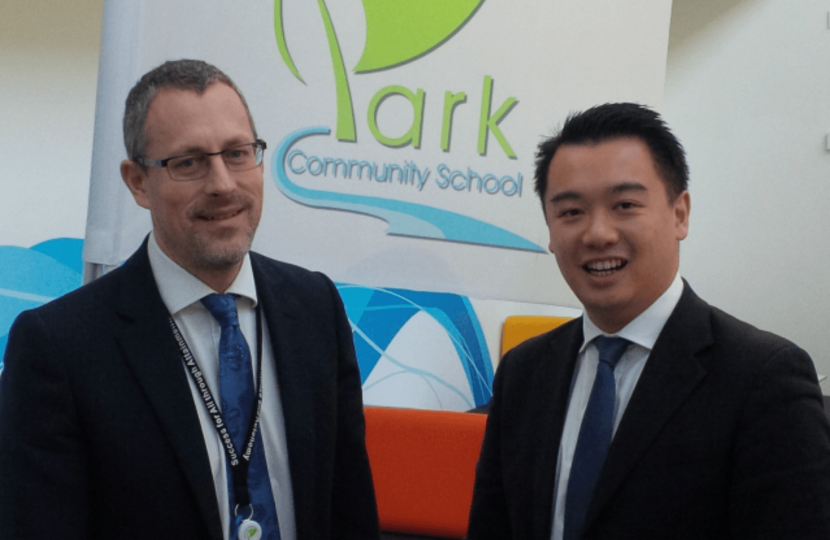 Havant MP Alan Mak has written to the Prime Minister David Cameron calling on him to deliver fairer funding for local schools in his constituency.

Mak says schools in Havant typically received less per pupil than schools in other parts of the country such as London and Birmingham, and he has joined forces with other MPs facing similar funding challenges to lobby the Prime Minister.

Mak has written to David Cameron alongside other MPs who are part of the F40 funding campaign group which also supported by Hampshire County Council.

Mak says that at a time of spending restraint it is more important than ever that schools funding is allocated based on need.  The F40 group has come up with a formula which would see the funding cake shared much more fairly which has received a positive response from funding experts at the Department for Education. The F40 group represents 37 English local authorities with historically low funding for education, who have been campaigning for a fairer system for the allocation of funding for schools for nearly two decades. Their aim has been to influence a change in the way the government allocates funding to local education authorities and schools.

The new funding formula which Mak is lobbying for would take into account wider pupil needs including deprivation and special educational needs, and reflect the needs of small schools. The Havant constituency contains areas of deprivation as well as smaller than average secondary schools.

Alan Mak MP said, “Local pupils and schools deserve fairer funding from government, and I am working hard to make sure it happens. As a former school governor myself, I know that giving local young people the best start in life is a top priority for me because our area deserves nothing less.

Mak added, “Schools funding needs to take into account local factors like deprivation and school size which are relevant in Havant. I will continue speaking up for Havant’s young people in Parliament and working closely with local schools.”

“Hampshire schools have historically been underfunded, and I’m delighted that this is now being addressed by the F40 Group. Alan is a strong champion of local schools, and I fully support his campaign in Parliament for more funding.”

Since his election in May 2015, Mak has put supporting local schools at the top of his agenda. Mak has already visited every secondary school and sixth form college across the Havant constituency, and launched the Havant Education Leaders’ Forum (HELF) to bring together local senior school leaders to share ideas. He has recently embarked on a tour of primary schools to show his support.

Mak is a former primary school governor and trustee of a children’s education charity Magic Breakfast.