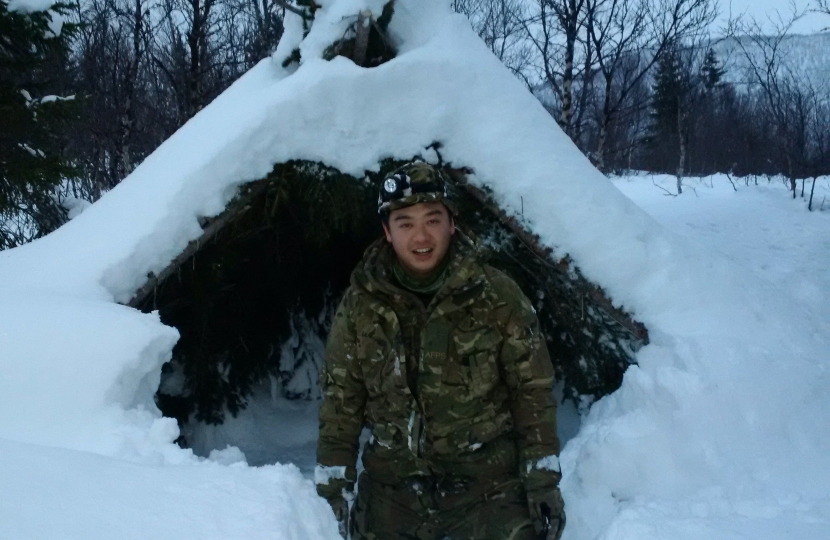 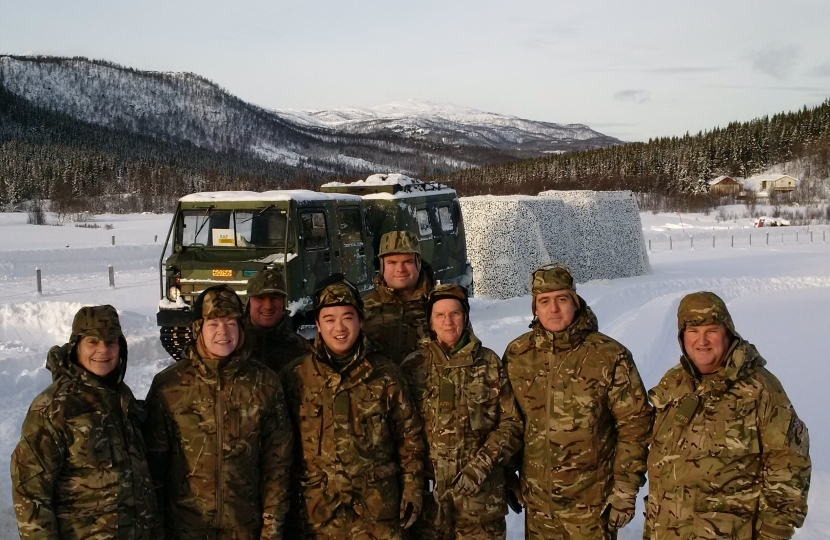 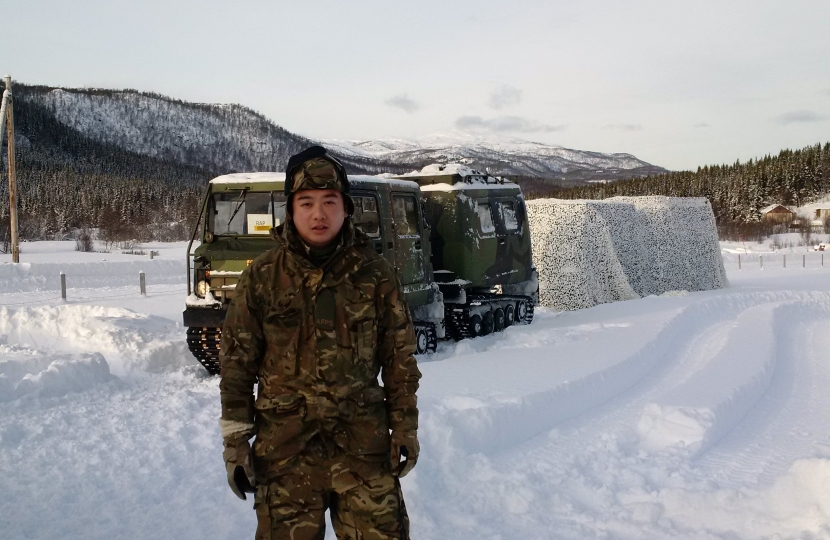 Havant MP Alan Mak has praised the Royal Marines for their patriotism, work ethic and sense of duty after spending five days embedded with them on exercise in Norway's Arctic Circle.

Mak is undertaking a year's "work experience" with the Royal Navy alongside his MP duties. He described his time with the Marines, the Royal Navy's specialist amphibious force operating on both land and sea, as a "great honour and a fantastic hands-on experience" that included meeting a number of Marines with Hampshire connections.

The Royal Marines are an elite fighting force who have recently been deployed in Sierra Leone fighting the Ebola outbreak, patrolling the eastern Mediterranean as the migrant crisis grows, and providing counter-piracy and counter-drugs capability in the Gulf of Aden and East of Suez. The Marines are currently participating in a NATO exercise - Cold Response - alongside Norwegian, Dutch and American troops in the polar north.

Mak has written an exclusive diary for the Portsmouth News recounting his Royal Marines experience, accompanied by video blogs from Norway.

Experiencing sub-zero temperatures Mak described his schedule as "dawn ‘til dusk with great variety and intensity". Mak took part in a beach reconnaissance exercise, and spent time on board a range of vessels from hovercraft to personnel carriers, including trying his hand at piloting an Offshore Raiding Craft (ORC) on a fjord.

Another highlight was witnessing the famous Northern Lights whilst spending an evening building a survival shelter from brushwood and logs, before cooking dinner over open fire. The wind chill factor reduced temperatures to around five degrees below freezing.

The Havant MP said meeting Marines from all ranks was the best part of his tour. During his five days, he engaged with a wide range of Marines from junior recruits to the brigade commander, the operational head of the elite unit, as well as those who support them from drivers, chefs, doctors, nurses and logisticians.

Alan Mak said: "Spending time with the Royal Marines on exercise with our NATO allies in Norway's Arctic Circle was a huge honour and a fantastic hands-on experience. From piloting a small boat along a fjord to building an overnight survival shelter from logs and brushwood, this experience gave me a real insight into the work of our marines on the ground. Their patriotism, sense of duty and work ethic are an example to us all."

Mak added: "Havant has a proud naval tradition and a strong record of armed forces service. Wherever I go across the constituency I meet veterans and current service personnel with experience from World War Two and the Falklands to Northern Ireland, Iraq and Afghanistan. My time with the Royal Marines in Norway gave me a chance to understand the working environment our troops face and ensure we support them at home whilst they defend our interests abroad."

Adam Fico, Deputy Chief of Staff of the Armed Forces Parliamentary Trust, which arranged the placements for MPs said: "It's vital for MPs like Alan to understand what our armed forces do on the ground when they make decisions in Westminster. Alan is a strong supporter of our service personnel and we are pleased he found time to support our Royal Marines in Norway. Visits like this are good for personnel morale and show that our MPs are right behind them when they serve us abroad."