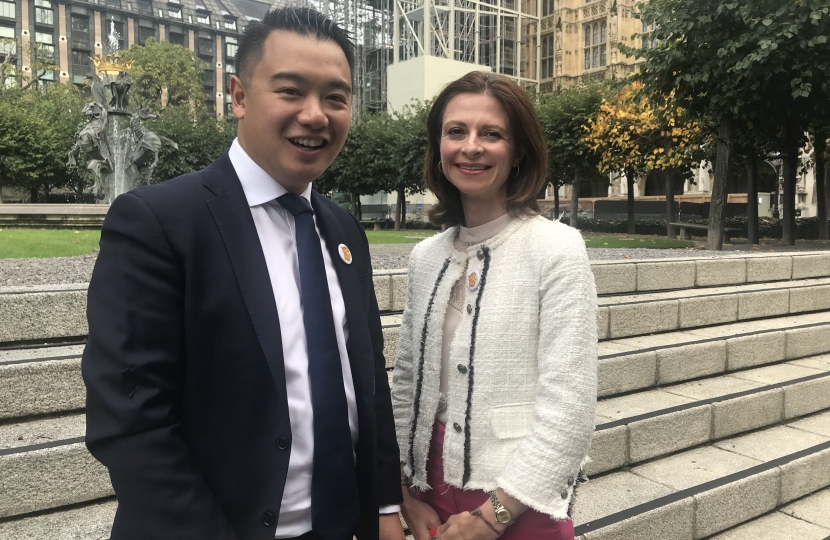 Havant MP Alan Mak has been elected as a founding Officer of a new cross-party group that aims to continue the legacy of murdered MP Jo Cox by tackling loneliness in the UK.

The All-Party Parliamentary Group (APPG) on Loneliness will carry forward Jo Cox’s ambition to reduce isolation in Britain, with more than 9 million adults saying they are often or always lonely.

The APPG was formed after a successful year of campaigning by the Jo Cox Commission on Loneliness, including recommending the creation of a new Minister for Loneliness, which was announced by the Government earlier this month.

Alan has been a spokesperson for the campaign over the last 12 months as well as supporting the Commission’s #HappyToChat initiative at his Havant Older Persons Information Fair earlier this year which drew a thousands attendees.

Alan Mak MP said: “Helping to launch Parliament’s new cross-party loneliness group is an honour, and I hope to carry forward Jo Cox’s work to tackle loneliness. Over the last year I’ve been promoting the Commission’s work, and the #HappyToChat campaign was a central part of my Older Persons Information Fair, encouraging the thousand people who came on the day to spend a little bit more time talking to friends, family, neighbours and colleagues in an effort to combat loneliness.

“Loneliness is as harmful to health as obesity or smoking 15 cigarettes a day, so it’s absolutely vital that we take action now to cut the number of people feeling lonely – and I’m delighted that the Government has taken a bold step forward by announcing the first ever Minister for Loneliness. While we still have a long way to go to eradicate loneliness, I hope that through the work of the APPG we can raise awareness of what is an important issue.”