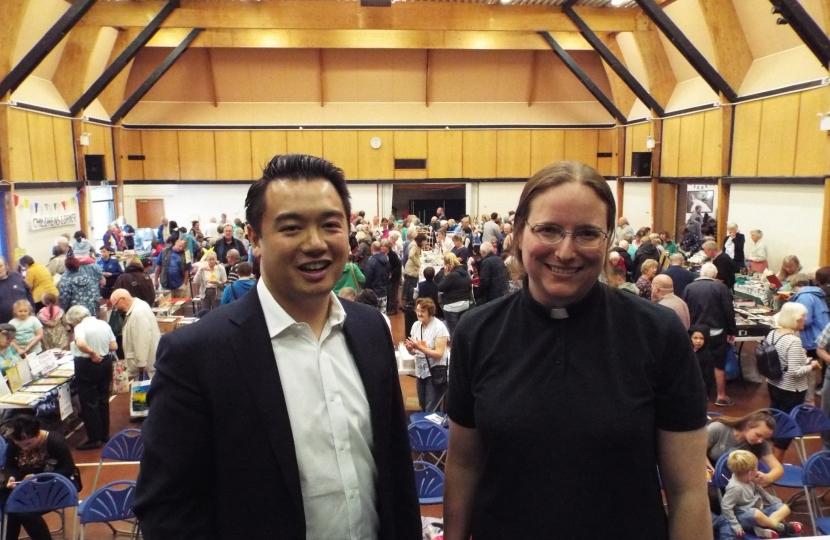 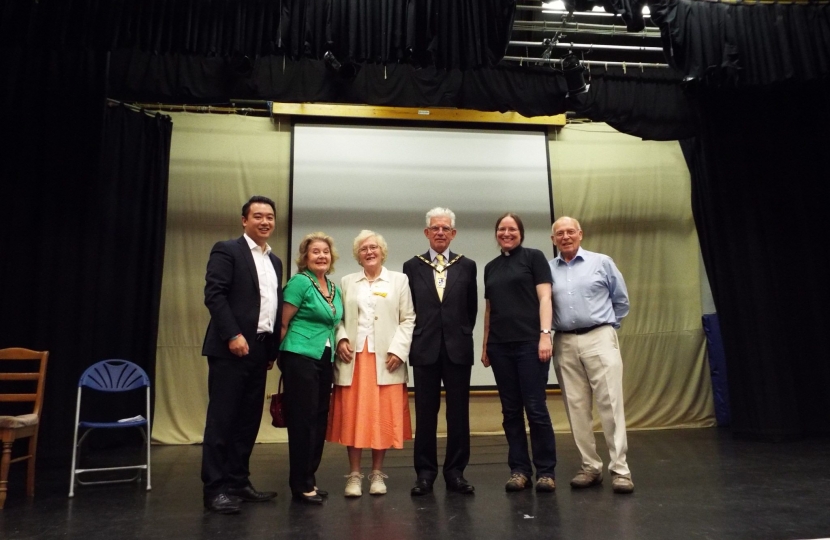 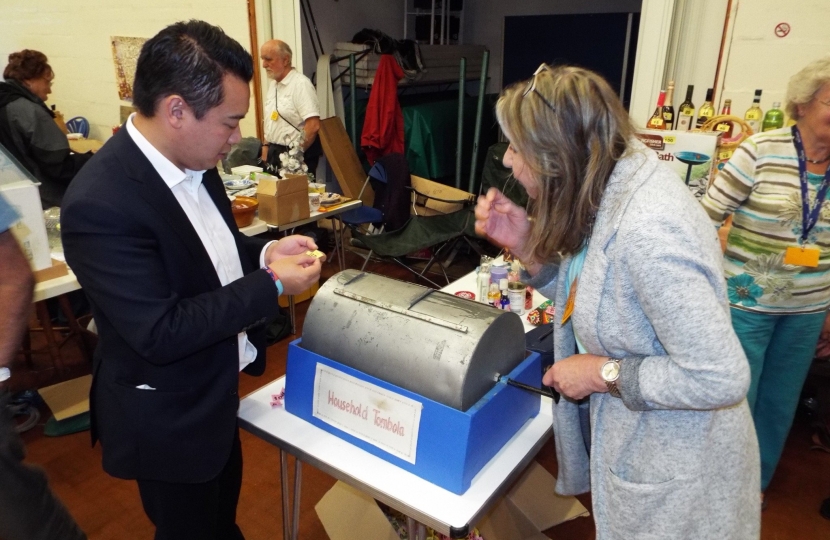 MP Alan Mak was alongside the Mayor of Havant on Wednesday 9 August to help open the Hayling Island Three Churches Summer Fete.

Attending for the third year running, the local MP helped open the Fete, which is organised by St Peter’s, St Mary’s and St Andrew’s churches. Hundreds of residents braved the rain for the fete, which was held inside at the Hayling Island Community Centre.

The traditional church fete is run by volunteers from members of the congregation and representatives from organisations on Hayling Island manned their own stalls.

Music and entertainment played throughout the afternoon with Mr Mak praising the organisers of the successful long-running fete.

He said: “It was a pleasure to help open the fete alongside the Mayor of Havant. This is a wonderful fete which is really well supported by members of the community and the organisers have once again done great job in putting it together. I am pleased people were not put off by the rain and helped make it a huge success.”