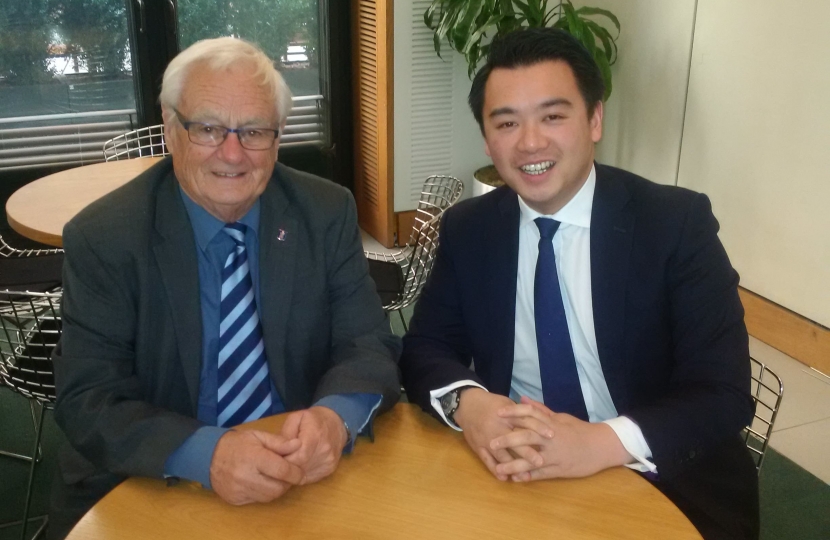 Havant MP Alan Mak has received heavyweight backing for his campaign in Westminster to secure more funding for schools in his Havant constituency.

Mak convened a meeting in Westminster with Cllr Peter Edgar to discuss education issues across Hampshire, including securing more funds for Havant.

During his meeting with Edgar, Mak spoke passionately about the dangers of short-changing the next generation. He stressed the importance of core skills – such as literacy, numeracy and scientific investigation – alongside undervalued areas like engineering and technology.

Mak said: “I’m campaigning in Westminster for more money for Havant schools because it’s vital that we provide our young people with the best possible start in life. If our area is to lead the way in what is a national and global ‘knowledge economy’ race, we must invest more money in education.”

The Havant MP added: “Supporting schools and colleges has been one of my top priorities since my election in May 2015. I have visited almost every primary and secondary school in the constituency, where I have championed greater investment and higher standards.  It is an area I will continue focus on in my work in Westminster and Havant.”

In his role as MP, Mak has worked tirelessly to push the claims and raise the quality of local schools. His ‘Havant Headstart’ initiative brings together head teachers from Havant’s secondary schools to discuss plans for collective action every term.  Mak has also hosted numerous visits to Parliament by local schools, and taken part in dozens of Q&A sessions informing pupils of his role as MP and parliamentary procedures.

Following his meeting Cllr Edgar said: “I’m delighted to back Alan’s campaign in Westminster for higher funding for schools across Havant and Hampshire more widely. We’re historically underfunded, and I hope the government’s review of school funding will ensure we get our fair share locally.”

Edgar added: “Alan is clearly very passionate about raising the already high education standards in Havant and across the county. Initiatives such as Alan’s Havant headteachers’ forum which I recently addressed are a great way to get local schools helping each other along on the path to further success.”