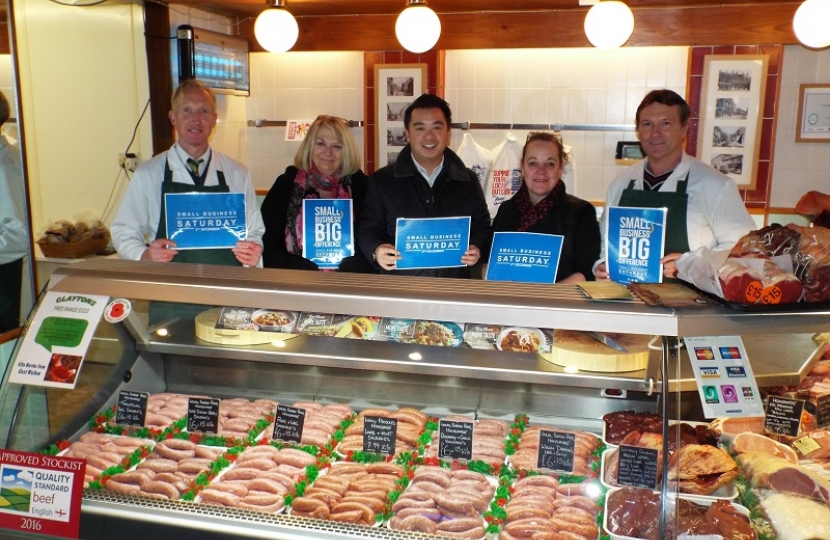 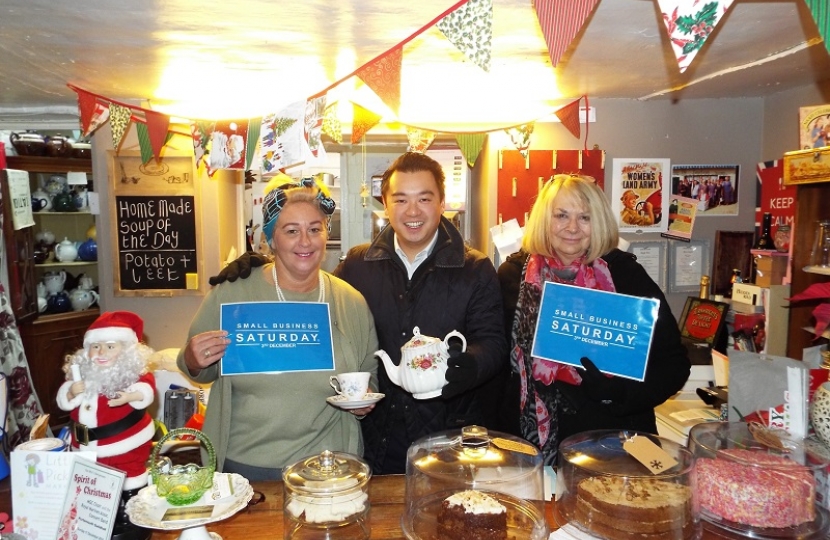 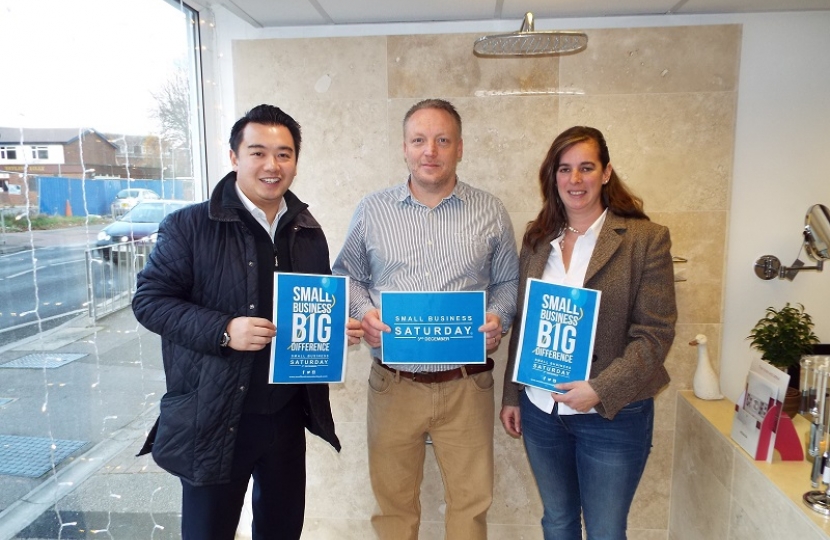 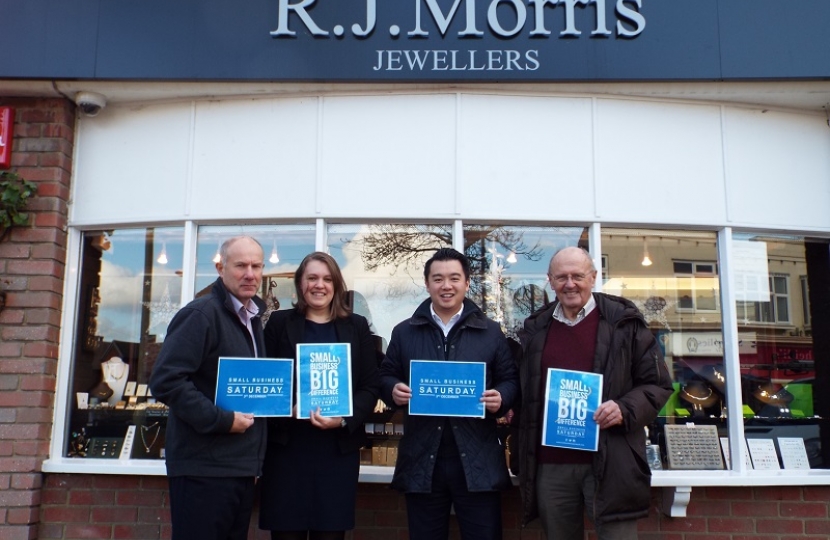 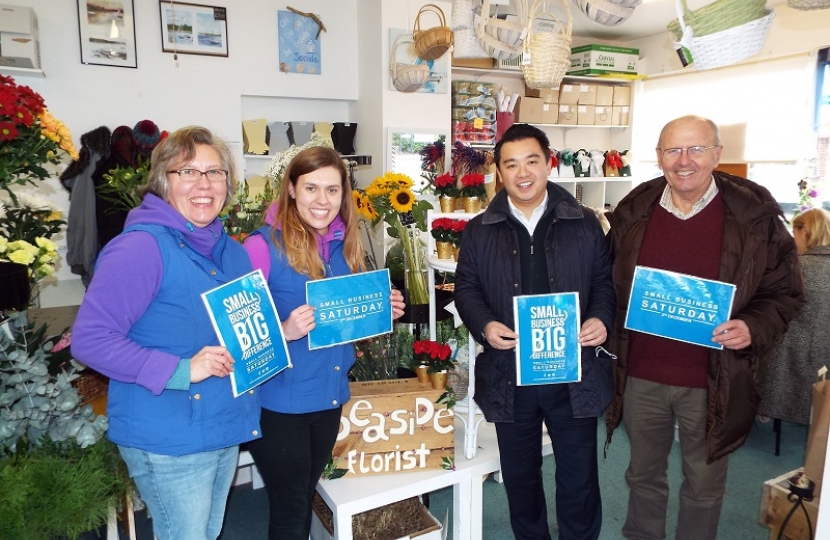 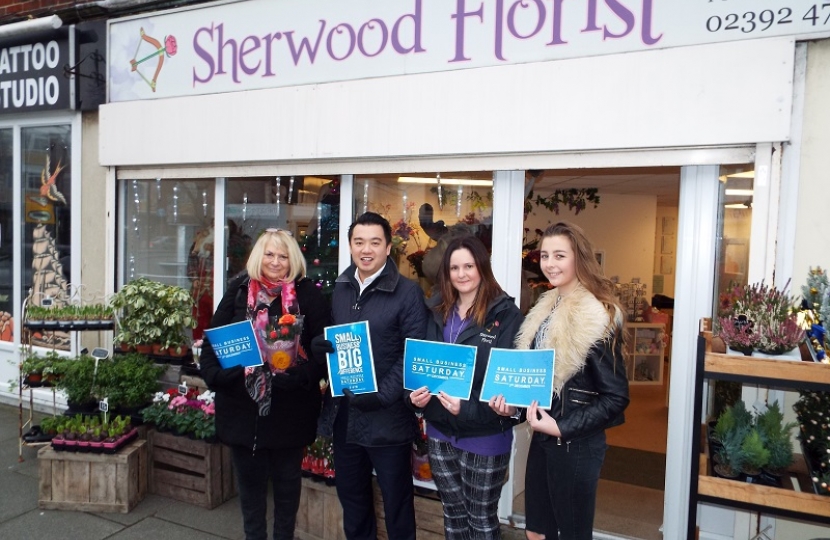 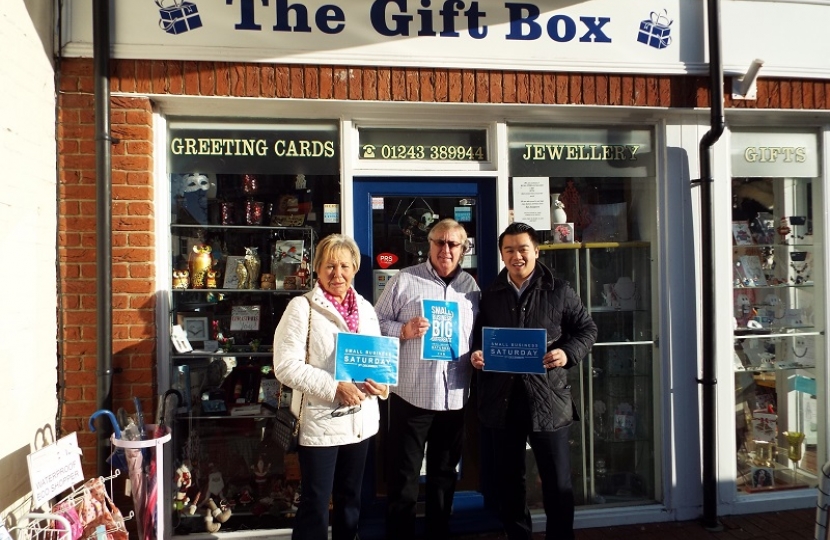 Havant MP Alan Mak visited 15 independent businesses from across the constituency on Saturday, showing his support for an initiative that celebrates the vital role played by small companies.

Small Business Saturday aims to promote independent firms, showcasing what they have to offer. It is the second year in a row that Mr Mak has got behind the campaign, which this year was support by Havant Borough Council, which offered free parking for customers.

Among the businesses he visited was Seaside Florist on Hayling Island, which was showcased by the campaign as one its 100 outstanding firms. Other firms he visited included CJ Meats, RJ Morris, Sherwood Florist, Davies Pharmacy, Bookends of Emsworth and Howards of Hayling.

He said: “Small businesses are the backbone of our local economy and I am proud to support this event again.

“I ran my own Small Business Awards earlier this year and will be doing so again in 2017 to showcase the hard work and good service they give to our community.”

Another business he visited was Fourteas Tea Rooms in Havant, with owner Jacqui Unal saying they enjoyed a “very busy” day.

She said: “There was lots of festive spirit in the air and it was a lovely day.

“This is the first year we have taken part in Small Business Saturday after Havant MP Alan Mak suggested we do it. For us, it is so important to support and promote independent businesses – they don’t get enough support.”

Pictures: Alan Mak meets with shop owners from across the constituency