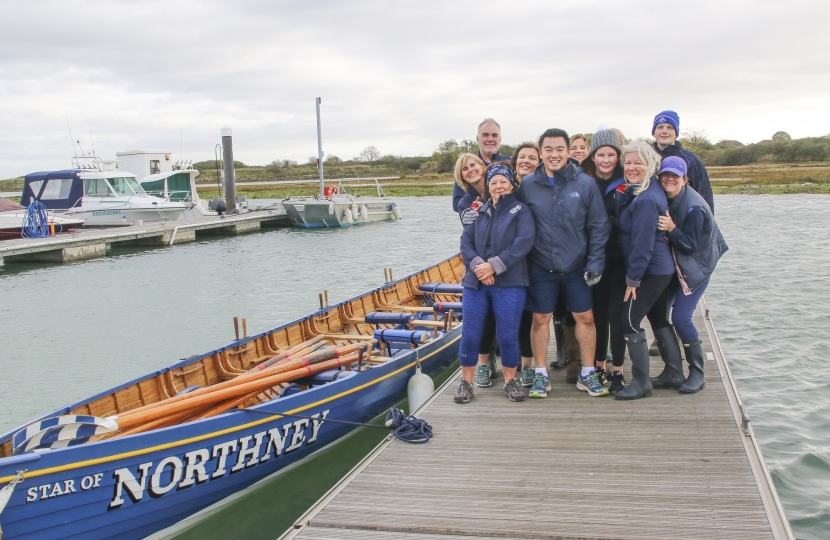 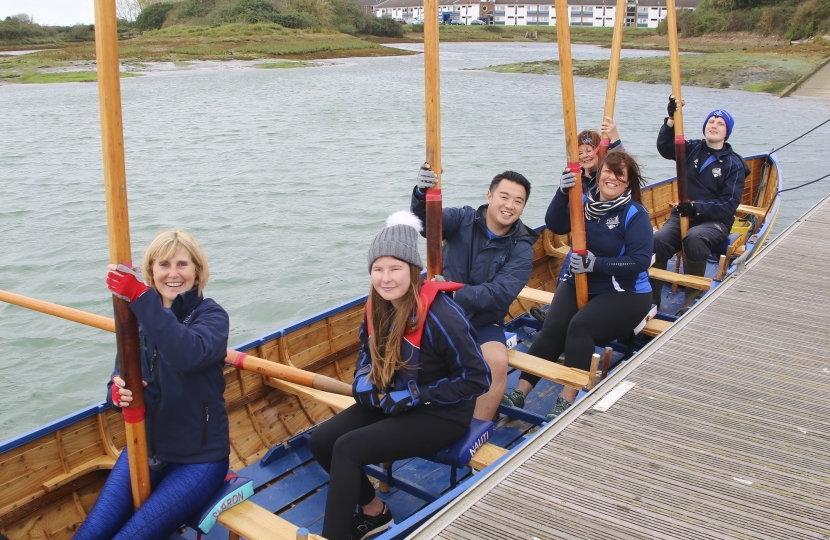 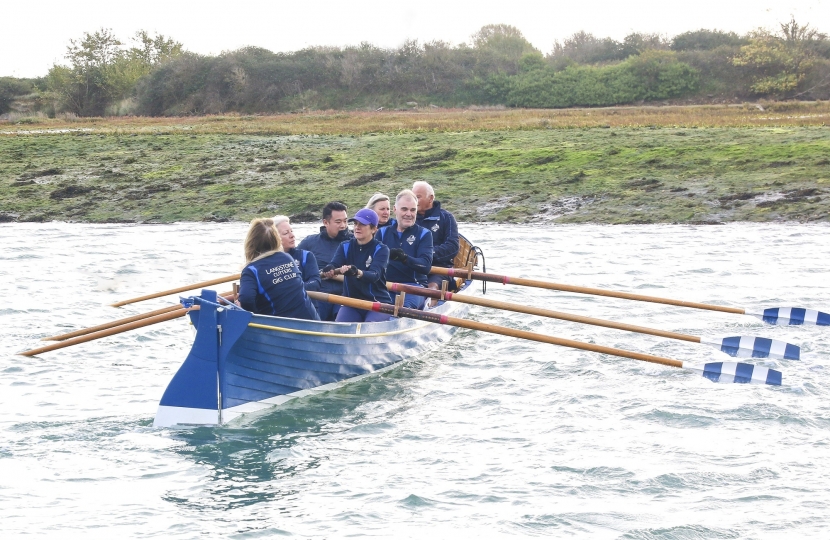 Havant MP Alan Mak has encouraged residents to get out onto the water after spending a morning rowing with the Langstone Cutters Gig Club.

Based in Northney Marina, the club has expanded rapidly since it was founded almost four years ago, going from 17 founder members to a present membership of 130 active rowers, aged from 12 to 76.

After visiting the club for a trip onto the water and a tour of their new clubhouse, Alan encouraged anyone interested in taking up the sport to attend a free Open Rowing session. These are aimed at first time rowers and are held on most Saturdays throughout the year commencing at 2pm. There is also a Junior Session held on Saturdays starting at 12.30.

Alan said: “I was delighted to spend a morning with the Langstone Cutters Gig Club, getting a flavour for what the club is all about. They are a very friendly group and I would encourage anyone looking to both see the stunning views of Chichester and Langstone Harbours and get active at the same time to give rowing a try.”

Rowing takes place all year round, with the club entering rowing regattas in the summer months, as well as taking part in the World Gig Rowing Championships which are held annually over the early May Bank holiday in the Isles of Scilly.

The club is also the first Cornish Pilot Gig Rowing Club in Hampshire and is a member of the Cornish Pilot Gig Association which has an active membership of more than 65 clubs and 7500 rowers of which the majority are ladies.

Club member Lizy Shore said: “Being a member of the Gig Club has not only increased my levels of fitness it has also given me the opportunity to meet an amazing bunch of people both on and off the water who are passionate about their sport.The club regularly hosts social events which are very popular with all its members.”

If you are interested in taking part in a free Open Rowing session then please get in contact with Brian West, Open Rowing Co-ordinator, on 07713 987590 or email westbrian@me.com. Each session lasts 90 minutes.

For more information on the club please visit langstonecuttersgigclub.co.uk