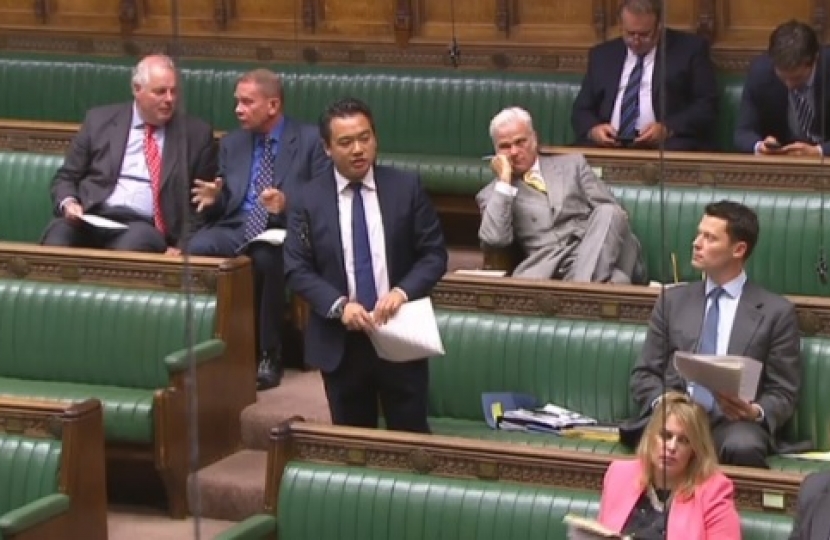 Mr Mak made the call during a question in the House of Commons to Housing Minister Alok Sharma.

It comes after the Havant MP wrote the Guinness Partnership, who own three high rise buildings in West Leigh, to ask them what plans they will put in place following the Grenfell Tower fire.

In response, the housing association say they will invest in a sprinklers if a review currently being carried out identifies the system as being required.

Mr Mak says this is an approach that should now be taken by all private landlords of high rise properties across the country, adding that cost should not be a hurdle when it comes to dealing with fire safety.

Responding to Mr Mak’s question, Mr Sharma said: “The Secretary of State has made absolutely clear where work is necessary to ensure fire safety in social housing then a lack of resources should not prevent that going ahead.”

The commitment was welcomed by Mr Mak, who says he has asked Guinness Partnership for an update once it completes its fire safety review.

He added: “My first priority is to ensure that the 168 high rise flats, in three West Leigh tower blocks, are protected and residents can feel safe in their own homes. Beyond that we need to make sure that the Grenfell Tower fire is never repeated anywhere else in the country. That is why I believe it is essential to install sprinkler systems in any high rise building where it could make a difference in saving lives – and cost should not prevent that.”