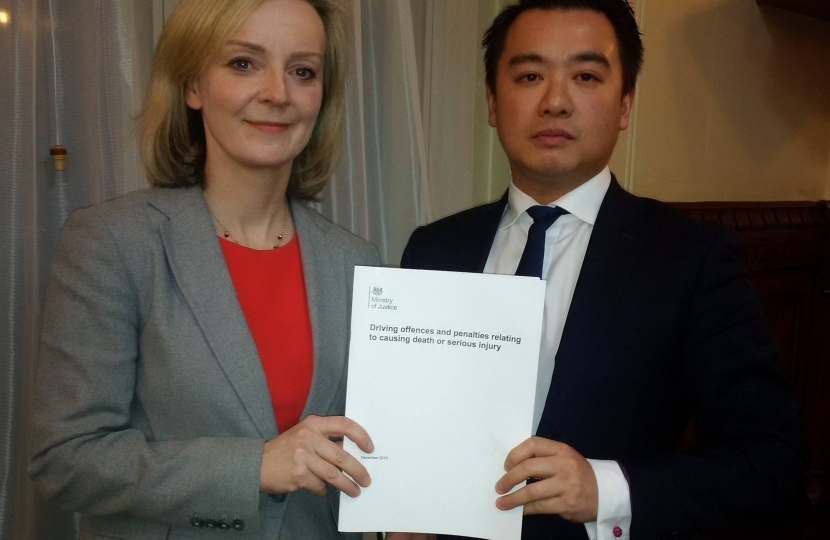 Havant MP Alan Mak has joined calls for tougher sentencing for dangerous drivers that kill, backing the recent “Drive For Justice” campaign by The News which was praised by the Justice Secretary Liz Truss.

It follows an announcement by the Government to hand life sentences to offenders who cause death by careless driving whilst under the influence of drink or drugs - an increase on the current 14 year upper limit.

Dangerous drivers causing death by speeding, street racing or while on a mobile phone are among those now facing the same sentences as those charged with manslaughter.

New plans come as ministers seek to deter dangerous, criminal behaviour on our roads, and make sure killer drivers face the toughest penalties.

Mr Mak said: “Killer drivers rip apart families and ruin lives so I am fully behind these new proposals. The pain felt by loved ones will stay with them for the rest of their lives, which is why we need to make sure the punishment fits the crime. Reading some of the tragic stories highlighted by the Drive For Justice campaign has made it that more needs to be done. That’s why the Government’s message is absolutely clear - if you drive dangerously and kill on our roads, you could face a life sentence.”

The campaign by The News launched last month, revealing drivers who kill have been sentenced to an average of just four years in prison.

The Lord Chancellor and Justice Secretary, Liz Truss MP said: "The Portsmouth News has tirelessly campaigned on this important issue - calling for tougher sentences for those who drive dangerously and kill on our roads.  Nothing can compensate for the death of a loved one but the Government wants to make sure the punishment fits the crime."

The Ministry of Justice has launched the Government's much-anticipated consultation into dangerous driving offences.