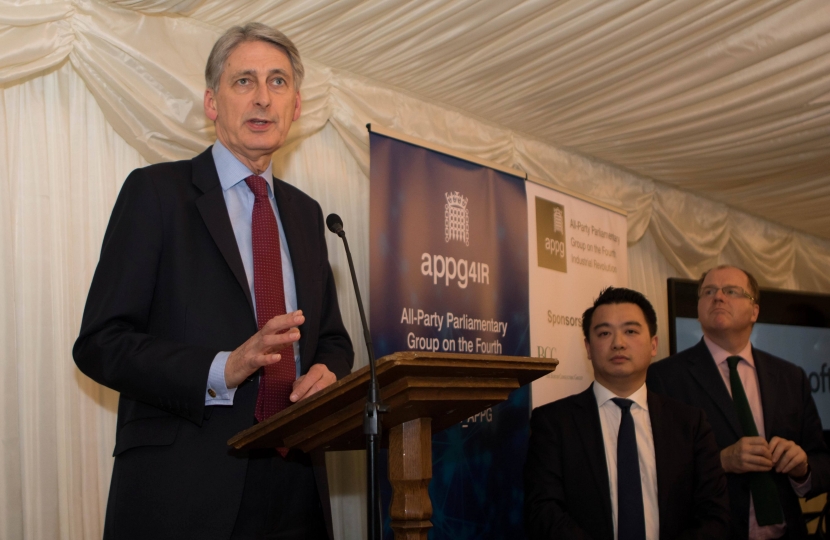 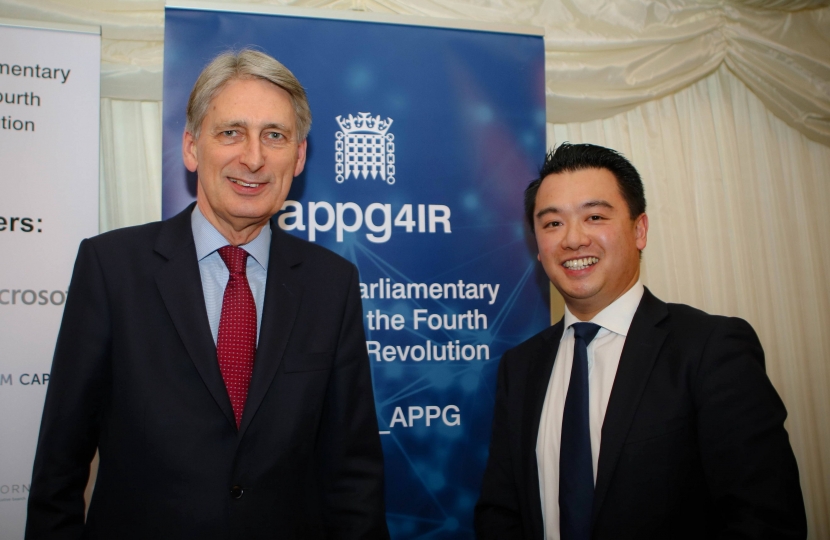 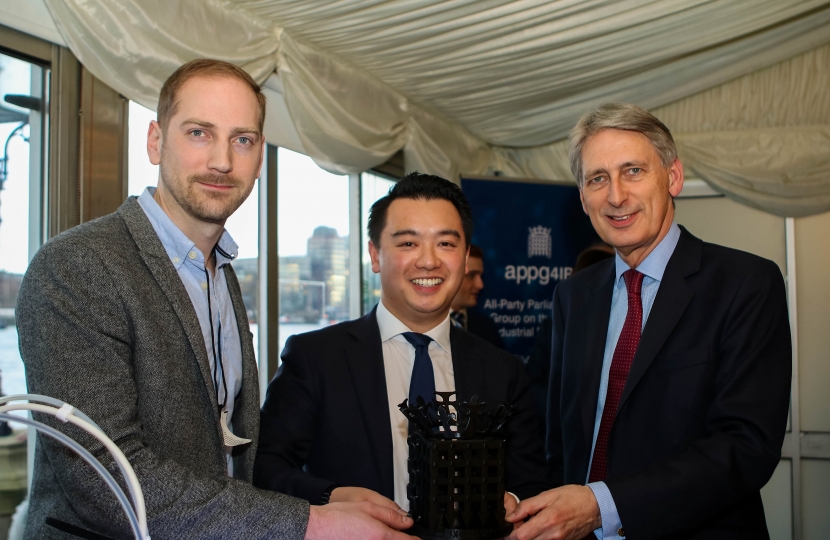 The Chancellor underlined his commitment to emerging technologies, innovative businesses, and improved technical skills in a speech today (Monday 20 March) as he launched a new parliamentary group dedicated to the Fourth Industrial Revolution (4IR), chaired by Conservative MP Alan Mak.

Philip Hammond told an audience of over 250 Parliamentarians and business leaders that retooling our economy will be of vital importance in the future as new technology redefines our workplace and disrupts jobs. The Fourth Industrial Revolution is a term that has become widely prevalent and describes the new wave of technological breakthroughs transforming economies and societies around the world, including automated robotics, artificial intelligence and inter-connected devices– also known as the Internet of Things.

Economists predict new technology will bring opportunities with products such as driverless cars, drones, robots and artificial intelligence set to redefine how we live our lives, but they also warn of the profound impact on repetitive industries that are vulnerable to automation, which will extend to traditionally “white collar” jobs such as accounting. The Bank of England has recently projected that up to a third of all UK jobs, around 15 million, are at risk to automation.

Mr Hammond was speaking at the launch event of the All-Party Parliamentary Group (APPG) on the Fourth Industrial Revolution, which seeks to work on a cross-party basis to raise awareness of the topic amongst Parliamentarians, industry, academia, the media and other stakeholders.

Mr Hammond said: “I am delighted today to help you launch a new chapter in APPG history with the foundation of this group bringing together parliamentarians, business and academics to grapple with the challenges and opportunities of the Fourth Industrial Revolution and I look forward to working with the group to make sure that the Government is not missing any of the twists and turns of this development.”

He added: “As we begin our negotiations to exit the European Union, we will embrace this technological revolution, seek to maximise its potential to transform our productivity to ensure that the UK remains at the cutting edge of its development and actively manage its impact. We will face up to the challenges of preparing our workforce with the skills they need for the jobs of the future but in the end delivering prosperity has to be a collaboration between government and private business. Government can help, government can facilitate, in some cases government can kick-start, but government, as our history tells us very clearly, cannot in the long-run deliver the continuously added value that is what ensures our future ongoing prosperity.

“We are a nation of problem-solvers and innovators; entrepreneurs and creators; and you can be sure that this government will back you all the way as we go into this exciting period, shaping and embracing technological change in a way which will achieve a more productive prosperous society for all.”

Mr Mak said: “As technology transforms economies and societies around the world, the APPG on the Fourth Industrial Revolution will help Britain become the world leader in this sector, raising awareness in Parliament and developing new policy proposals. I am pleased that the Chancellor today launched the group, underlining the Government’s support for our innovative tech sector and resurgent manufacturing base. I look forward to working with colleagues from across Parliament to encourage the implementation of pro-innovation policies that help Britain fully master this technology revolution in the age of Brexit.”

Further events for the APPG are already planned for the rest of the year and it is being supported a number of leading private sector businesses. These include Microsoft, HSBC, Lyceum Capital, Boston Consulting Group, Sky Betting & Gaming, Deloitte, GE and Korn Ferry.

Labour MP Peter Kyle, Vice-Chairman of the APPG, said: “I am delighted that we are launching the APPG on the Fourth Industrial Revolution. We are living through a transformation in our economy that is unprecedented in its scope and pace, and this presents both exciting opportunities and serious challenges.  I look forward to working with colleagues from across Parliament to raise awareness of the Fourth Industrial Revolution and its potential impact on the future of work and employment, to ensure that we as a nation are able to take full advantage of the evolving economic environment.”

Picture 1: Chancellor Philip Hammond speaking at the launch of the All-Party Parliamentary Group on the Fourth Industrial Revolution

Picture 2: Chancellor Philip Hammond with the founding Chairman of the All-Party Parliamentary Group on the Fourth Industrial Revolution Alan Mak