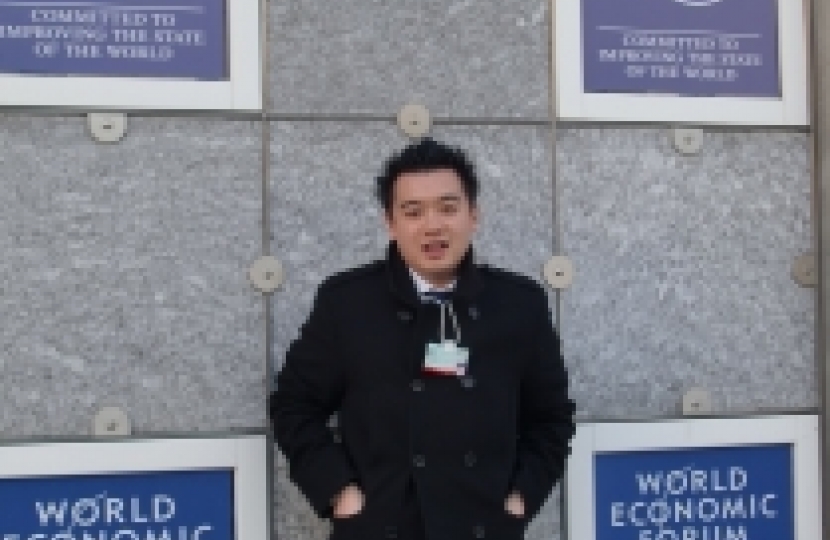 However, this year a new challenge appeared on the global agenda: addressing growing income disparity. In the run-up to each Annual Meeting, the WEF releases its much anticipated Global Risks Report, setting out the “biggest risks to global prosperity”. In past years, risks such as instability in the international financial system, natural disasters, oil price collapses and falling growth in China have topped the list of things worrying the world’s elite. But this year, for the first time, “severe income disparity” appears, and actually tops the table of risks facing the world. The WEF says that whilst

“gross inequality is not a new phenomenon…the fact that this year’s survey respondents selected severe income inequality as the most likely global risk…suggests that concern about its consequences is growing“. They go on to conclude that “When social mobility is widely perceived as attainable, income disparity can spur people to reach for success. However, when ambitious and industrious young people start to feel that, no matter how hard they work, their prospects are constrained, then feelings of powerlessness, disconnectedness and disengagement can take root“,

citing social unrest from the Occupy Movement in Wall Street to the Arab Spring. They sum up with the stark statistic:

In the UK, rising income disparity and failing social mobility are also a cause for concern, and a threat to our social fabric and national wellbeing, as well as our Party’s electoral fortunes. I’ve blogged on ConservativeHome about the need to build the “Opportunity Society ” – a society where social mobility flourishes, and individuals progress as far and as fast in life as their talents will take them. Today, the life-chances of British children remain heavily dependent on the circumstances of their birth. According to the Cabinet Office, only 20% of young people from the poorest families achieve five good GCSEs, compared to 75% from richer families, whilst the Sutton Trust found that between 2007-2009, four schools and one college sent more students to Oxbridge than 2000 other state schools combined. An LSE study found Britain lagging behind our competitors such as Germany, France, Canada and Australia in terms of social mobility. In an increasingly competitive global marketplace, Britain’s economy needs a deep pool of numerate, multilingual, innovative, commercially-savvy workers from which the nation can draw. Britain has to be an Opportunity Society. It can’t afford not to be: the Sutton Trust puts the economic benefits of improving social mobility at £140 billion a year by 2050. In his excellent Macmillan Lecture last week, Nick Boles also focused on the threats to social mobility and the challenges that middle-income, electorally-vital C1 and C2 strivers are facing. He noted that

“According to the OECD, the richest 1% have seen their share of total UK income double from 7.1% in 1970 to 14.3% in 2005” whilst “people in low- and middle-ranking jobs [have] not been able to secure a real increase in their pay for nearly a decade“. He concludes that “What really threatens the general wellbeing of the British people is the stalling of productivity growth and the certainty that the next 20 years will expose them to [global] competition that is vastly more intense than anything we have ever seen“.

The Coalition has already made a good start in equipping Britain to win in the future: the new Pupil Premium to raise attainment for the most disadvantaged pupils; the Work Programme to help people from welfare into work; a new generation of free schools and academies; and the publication of a cross-departmental Social Mobility Strategy. But, as a country, we need to go further, and build a real Opportunity Society so we can compete with not just the BRICs (Brazil, Russia, India and China) but the chasing pack of high-population, fast-growth economies (such as the Philippines, South Korea and Turkey) which Goldman Sachs’ Jim O’Neillhas christened the Next 11 and which were amongst the hottest topics on the Davos agenda this year. We need to ensure everyone has a fair chance of success in our country, and equip our students and workers with the technical and language skills to compete in the global economy: by extending the school day; giving every family internet access; ensuring pupils study maths and a modern foreign until they’re 18. And we need to roll-out superfast broadband; increase airport capacity; build new roads and infrastructure; ensure our regions share in our national prosperity; and create new technology clusters in our cities like the nascent Tech City in London.

In Davos this year, amidst the receptions and the networking, there was a genuine sense that world leaders had to build stronger societies as well as restoring the global economy: sessions with titles like “Fixing Capitalism“, “Effective Growth Models“, and “Averting a Lost Generation” certainly focused delegates’ mind’s on the pressing need for action at a global level. For us Conservatives, we also need to take action at a national level, to ensure that whilst building a stronger economy is our most pressing short-term priority, we must not forget that building a stronger society – the Opportunity Society – is our most important long-term task.

This article was first published on Platform10 on 6 February 2012.