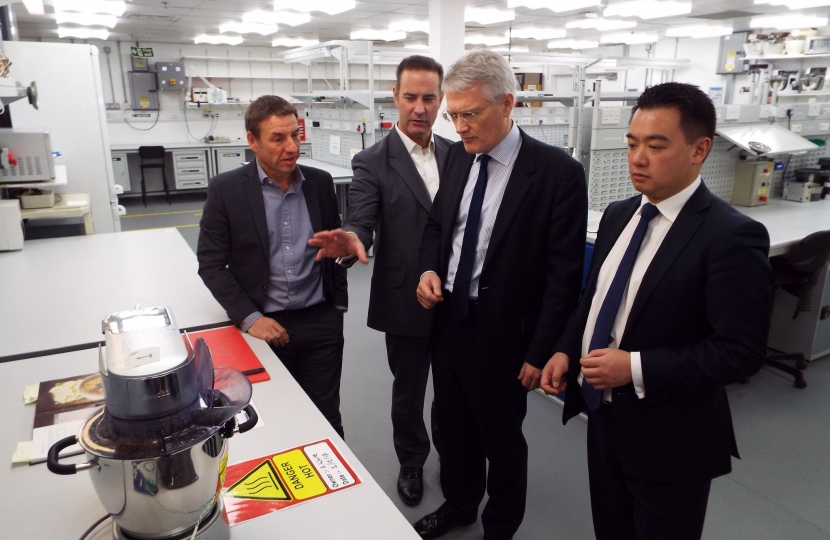 When the first stage of the Brexit negotiations began, the Prime Minister set out three clear promises – a deal on citizens’ rights, no hard border between Northearn Ireland and the Republic and a fair financial settlement.

The agreement the Government reached with the EU last week delivers on all three of those promises and means we can move onto the important trade negotiations.

Meeting with many successful Havant businesses, I know how vital it is for our exporters that we get a good deal in place for when we leave the European Union. Companies such as Kenwood, Lockheed Martin, Eaton, Apollo Fire Detectors, Colt International and Lewmar - and many others - all develop or manufacture products here in the constituency to sell around the world.

This exporting creates local jobs, and there is no reason why when we leave the EU this cannot continue grow as barriers to trade are eliminated.

The Department for International Trade is working closely with counterparts across a wide range of markets in order to promote the UK as a great place to do business and with which to trade. I’ve been proud to fly the flag for Havant firms in Asia by leading trade missions through the Exporting is GREAT campaign, as well as hosting a trade roadshow at Langstone Technology Park earlier this year for smaller firms who are thinking about making the next step towards exporting.

However, we still need to be pragmatic, and ensure that the deal we get with the EU means that businesses are not inhibited from trading with our European partners.

I recently welcomed Treasury Minister Andrew Jones to Kenwood for a tour of the site and he stressed how the Government is listening to businesses when it comes to deciding our future trade relationship with the EU.

That’s why the deal the Prime Minister made to move the negotiations forward was so important. We can now get on with creating a future trade relationship which not only works for business but delivers on our pledge to leave the EU.