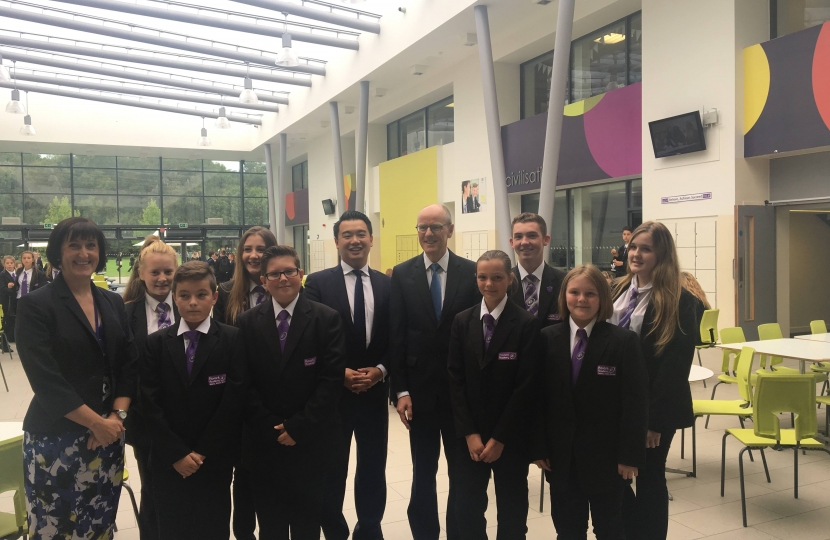 MP Alan Mak has welcomed a commitment by the Government to increase funding for all Havant schools following his Westminster campaign.

It comes after Education Secretary Justine Greening announced an extra £1.3billion of spending on the schools budget over the next two years.

That means every local authority will see a rise in per pupil funding, and it will allow for a cash increase for every school.

For the last two years Mr Mak has campaigned for fairer school funding, which seeks to end the historic injustice of underfunding for schools in Hampshire. That includes lobbying on behalf residents to the Department of Education and regularly meeting ministers including Ms Greening, Schools Minster Nick Gibb and the Chancellor.

After a draft consultation was released in February, which showed some local schools might lose out, Mr Mak kept up the pressure in Westminster, and led the co-ordinated response from Hampshire MPs through his role as Vice-Chairman of the Hampshire All-Party Parliamentary Group and Lead MP for Education and Skills.

The Government’s announcement also includes a key commitment to retain the local allocation of funding from Hampshire County Council for at least the first two years of the National Funding Formula, something Mr Mak put pressure on the Government to retain. This means the council can continue to recognise the unique characteristics of Havant, allowing it to receive a higher proportion of the budget to tackle factors such as deprivation.

Mr Mak said: “I welcome the extra £1.3billion in schools funding. I’ve been pushing for a commitment to ensure that no Havant school will lose out as a result of a new funding formula, so I am glad we actually now get extra cash for every local school. While we are already very fortunate to have high standards of teaching in our area, this extra money will continue to give our children the best start in life. Thank you to the parents and local residents who supported my school funding campaign.”